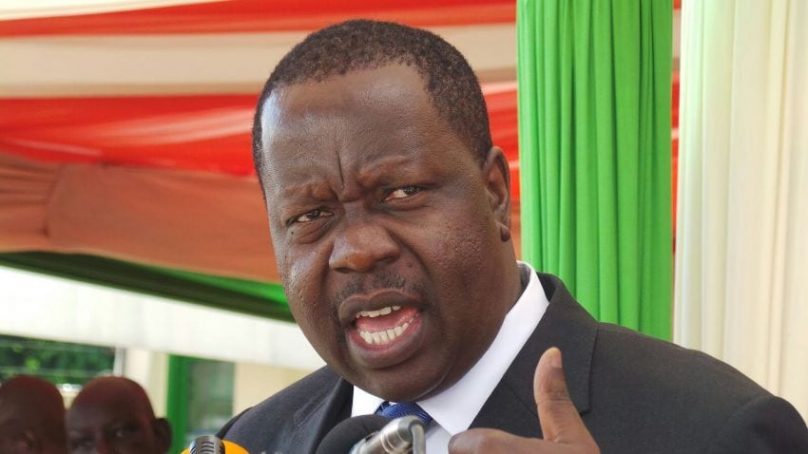 Assistant County Commissioner in Rachuonyo South Sub County on a fault finding mission has vowed to ”discipline” chiefs whom don’t subscribe to his extortion spree.

Mr. Alfred Kipng’eno Lang’at has gone overboard to a new station where he was posted a month ago.

The officer who brags of his connection with deputy President William Ruto has vowed to teach ‘disloyal’ administrators a lesson should they dare fail to sing his tune.

The chest thumping officer who was transferred from Homa Bay Sub county to his Oyugis was overheard saying that with DP behind him even CS Fred Matiang’i has no power over him let a lone his immediate boss DCC of Rachuonyo South.

He demands that chiefs serve him like a lord by providing for his breakfast and any other drinks in bars at their costs or they face unspecified consequences.

Whenever he comes across any chief or reaches any through his cell phone, he asks for money to clear the bill of what he has consumed in a hotel or he is just about to consume. He terrifies them by issuing threats on their job security.

‘Some of you are tough headed thinking that you’ve a god father anywhere who can protect you” he said in one if the meeting in his Otugis meeting. “Let me warn you that not even CS Matiang’i can discipline me” he added as he threw out some chiefs who were two minutes late for his meeting scheduled at 7.30am last week.

How to Maintain a Long Lasting Sexual Relationship