REVEALED:Why suicide note found with slain Sergeant Kenei was not his handwriting

Handwriting does not match 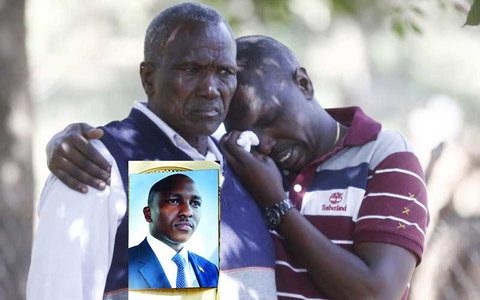 Detectives have revealed that a note found together with the body of Sergeant Kipyegon Kenei may have been written by another person.

A detective who spoke to Nation revealed that the handwriting on the note did not match the victim’s.

The investigators further revealed that other suspicious events around the officer’s death confirm that he was murdered.

These incidents include deletion of history on the Sergeant’s phone, sending large sums of money to his relatives as well as the absence of blood at the apartment where his body was found.

“Everything was well planned to appear like suicide. Sending money to his family, leaving behind a suicide note and so forth but it’s a clear case of murder,” the detective stated.

Kenei is reported to have been one of the key witnesses in the arms trade scandal around former Sports CS Rashid Echesa.

He was scheduled to record a statement with DCI before his sudden demise.

‘If you want to make it in life, stay away from jobless ladies with high taste’ – Lady warns Men