CrimeTrending News
By Correspondent On Mar 5, 2020 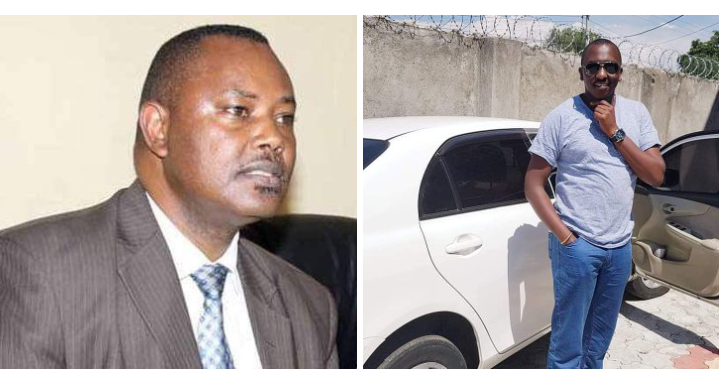 Kinoti said from the evidence from the crime scene and days prior to the discovery of Kenei, suicide has been ruled out.

He said the Office of the Deputy President sent contradicting letters to the DCI over the incident.

Kinoti said the same morning the DCI was expecting Kenei to record statement he never appeared.

“Investigations established he was ready to record a statement because he called a close friend asking for guidance on how to write the same. There was no signal or an OB to declare Kenei missing,” he said.

He refuted claims that the previously insinuated meeting at the DP’s office took 23 minutes.

He said CCTV clearly shows a one hour 22 minutes sequent of events on that day.

From the forensic examination extracted by the sleuths, Echesa was seen entering the office alongside two white men.

“This is a clear indication he was involved and was taking instructions from someone,” Kinoti said.

After Kenei made the call he escorted the general to the VIP lift.

Kinoti said Kenei was found in his pyjamas when he was found.

“He only had a bed in his house which was neatly spread. Forensic examination indicates he did not disturb the bed,” he said.

“The bullet was shot from below the chin. In normal circumstances, if he was standing, blood and bullet but surprisingly the findings not adding up. Officers have done all hypothesis and rule out it was not suicide but a well stage-managed murder.”

According to the postmortem results, Kenei died from a single contact gunshot wound.

The postmortem showed that Kenei died a day or two before he was discovered.

The results revealed the body had no marks of struggle by the officer.

No other wound except the bullet entry one under the chin and its point of exit at the forehead.

Kenei who was attached to Deputy President William Ruto’s Harambee Annex was found dead after missing for two days.

His body was found with a bullet wound in his head at his house in  Imara Daima’s Villa Franca estate.

Kenei’s family had ruled out the possibility that the AP took his own life.