Jubaland troops have reportedly infiltrated the Kenyan border in Mandera barely a day after President Uhuru Kenyatta issued a cease and desist warning to the Federal Government of Somalia (FGS).

In a statement shared on social media with an accompanying video, Mandera Governor Ali Roba claimed that the troops were moving freely inside the North-Eastern town.

The governor added that the fighting between Jubaland forces and FGS had worsened forcing some residents to flee their homes. 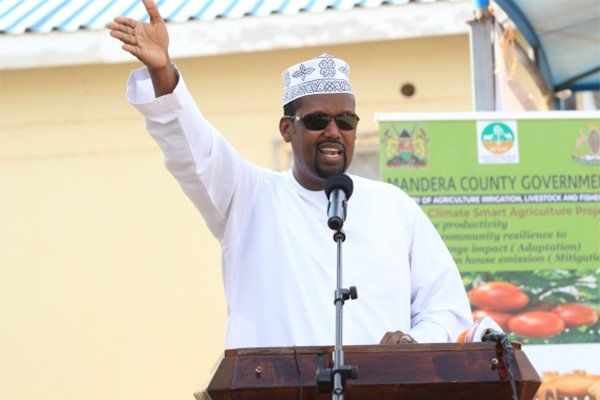 “This is a major threat to the security of Kenyans in Mandera. Our government must move with speed to mitigate this situation or risk more loss of lives,” he shared.

Heavy gunfire was heard in Bulla Hawa, a town on the border of Somalia and Kenya with an area known as Buruburu a focal point for the violence.

In light of the events, Uhuru fired back at Somalian Government while chairing a special session of the National Security Council (NSC), following Somalia’s attack on Kenya’s territorial integrity and sovereignty.

“We, therefore, urge the Federal Government of Somalia, to cease and desist from the unwarranted provocations and focus on managing its internal affairs for the welfare of her people; defeating terrorism; and advancing the cause of peace, security, and stability in the region,” stated Uhuru.

The two discussed measures to be undertaken in resolving the stalemate and agreed to appoint respective committees to handle the matter diplomatically.