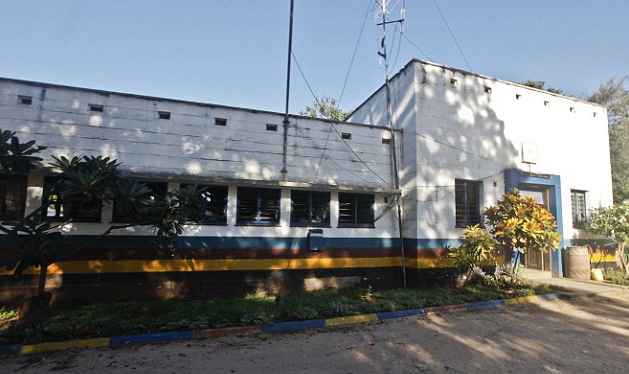 Police pumped seven bullets into a suspect and demanded Sh3,000 for each bullet from his family, according to a chilling narration that captures the horror of extra-judicial killings in the country.

In a nutshell, they were supposed to suppress their anger and instead “reward” the law enforcers with a total of Sh21,000.

This was one of the accounts contained in a report on extra-judicial killings, forced disappearances and excessive use of force by police on suspects presented to Parliament yesterday.

It says slightly over a year — 15 months — 210 cases of killings and disappearances have been reported and are currently being investigated by the Independent Police Oversight Authority (IPOA).

The report identified Tsavo West National Park and Ol Donyo Sabuk River as some of the notorious dumping sites for the victims, most of whom are jobless youth from the slums with high crime rates.

It also named Dandora, Pangani, Huruma, Mathare, Kariobangi, Mukuru Kwa Njenga and Kamukunji in Nairobi as notorious police stations where the youth are likely to be arrested, tortured, harassed and killed. Others are Nyeri, Eldoret and Nyali Central police stations.

Last month, Nairobi Senator Johnson Sakaja in a statement in Parliament raised alarm over the spate of arbitrary extra-judicial killings of innocent young Kenyans by police officers in Nairobi county.

“It is sad and totally unacceptable for us to continue condoning the level of impunity that is being displayed by our police officers in broad daylight.

The mission of our National Police Service (NPS) is very clear; to provide professional and people-centred service through community partnership and upholding the rule of law for a safe and secure society,” he said.

But yesterday, the Senate Justice, Legal Affairs and Human Rights Committee chaired by Nandi Senator Samson Cherargei was taken a back as human rights defenders narrated and demonstrated how rogue police officers kill, torture, harass innocent citizens and demand from the families of the victims money for the bullets used.

This impunity is rampant in informal settlements, where rogue police officers threaten eyewitnesses and refuse to grant the families of the deceased permits to hold burial planning meetings.

They also want a review of laws and regulations on use of force and firearms and public order management to ensure that force is only used in a legal, accountable, necessary, ethical and proportionate in the circumstances, and the minimum amount necessary to accomplish the lawful objective concerned.

“Once they kill, a day or two they will come and threaten the immediate family, communities and witnesses.

So as much we are taking the cases to court as human rights groups, sometimes, witnesses chickened out,” said social Justice Centres working group convener Wilfred Olal.

According to him, some families are stretched to the limit and forced to pay for the bullets that were used to kill their loved ones.

“Police trucks move around the slums arresting anybody on sight. If you don’t have Sh1,000 you will be taken to court and charged with any offence,” he lamented.

For instance, in Nairobi City County, police arrest the youth aged between 14 and 30 and detain them in their special cell near Amana Petrol Station located on Juja road. There is also a gang of police officers also operating online in the name of Hessy.

“These are police officers who are well known in the communities. They profile people, arrest them and kill them and post them on the social media,” said Olal.

Hussein Khalid of Haki Africa, who disclosed at the coastal counties, poverty had been criminalised and social ills such as drug abuse and violent extremism used by security forces as guise to kill, torture and harass innocent citizens.

The Defenders Coalition, which includes human rights defenders, journalists and whistle blowers, painted a grim picture of how police officers have taken the lives of four young men for exercising their rights to picket, demonstrate and protest.

While those investigating, reporting and calling out perpetrators, they have been met with glaring life threats, intimidation and evictions by landlords who collude with trigger-happy cops.

“The coalition is worried that human rights defenders who help victims of extra-judicial executions and enforced disappearance do not get state protection as the victims they assist,” the coalition chairman Francis Ndegwa told the committee.

On its part, Amnesty International (AI) Kenya is alarmed by the sustained abuse, excessive use of force, extra-judicial killings of Kenya’s young people.

“Amnesty International calls on the Committee to investigate the circumstances surrounding the deaths of persons who have died as a result of police excesses while policing demonstrations and protest,” Amnesty International-Kenya Executive Director Irungu Houghton said.

Houghton also wants Mutyambai to provide a status update on the progress of investigations and prosecution of four police officers linked to excessive use of force in Jomo Kenyatta University of Agriculture and Technology (JKUAT) demonstrations and other demonstrations.

IPOA, a government agency charged with the responsibility of taming the rogue officers admitted that there are some legal gaps that need to be fixed if EJE is to be addressed.