CrimePoliticsTrending News
By Correspondent On Mar 7, 2020 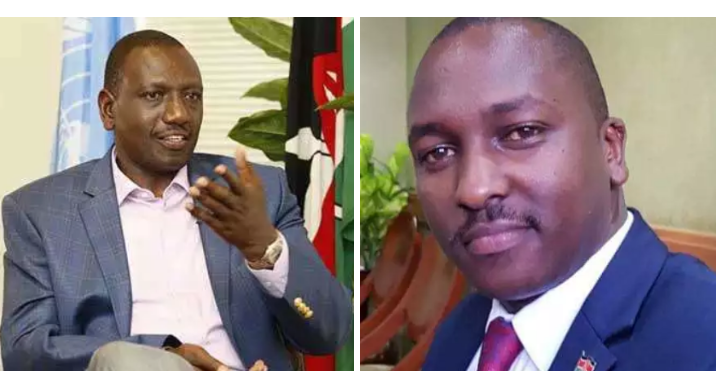 Along with his statement, DP Ruto’s Chief of Staff Ken Osinde attached two letters that were written by Harambee Annex’s Head of Security concerning the deceased Sergeant Kipyegon Kenei.

The Head of Security, one Commissioner Joseph Rop, allegedly wrote to the DCI twice to report Sergeant Kenei’s absence from work.

“On February 20, Commissioner of Police Joseph Rop, who is in charge of security at Harambee Annex, reported the failure of Sergeant Kenei to report to the DCI headquarters to record a statement on February 19 and subsequent failure to report for duty on that day (Letter attached).

“The two letters were sent by the undersigned because of the seriousness of the matter and the obvious public interest and the office’s readiness to assist the DCI in the investigations,” the statement read in part.

The deputy president further labelled former CS Echesa and his accomplices in the fake arms deal as “crooks and cartels” who invaded his office.

“We appreciate efforts made by DCI to investigate the fraudulent access to the office of the Deputy President by crooks and cartels as well as investigations into the death of Sergeant Kipyegon Kenei.

“The entry into the office of the DP that was aided by some security officers was a breach of security,” the DP stated.

So sad: Father kills his own daughter over homework