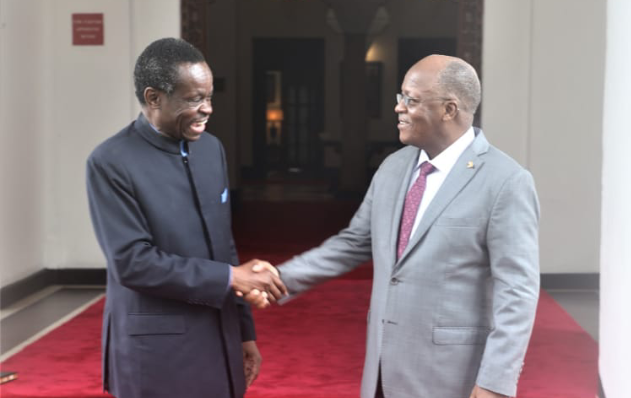 Dar es Salaam. Kenya law professor, Patrick Loch Otieno (PLO) Lumumba wants Africa to have a common perspective when it comes to negotiating with investors in the mining sector.

All of the continent’s 54 countries must have conditions that are similar when it comes to negotiating with investors in the mining sector, Prof Lumumba, who once served as the director of the anti-corruption commission in Kenya, said at a meeting in Dar es Salaam on Sunday 23rd February.

He told participants to an international forum on investment in minerals that Africa needs conditions that will prevent investors from regarding certain nations on the continent as having investment conditions that were more lenient from those in other countries.

“When Acacia was being asked to pay back the tax by the Tanzanian government, the international community – not to their collectively but an aspect of it – were telling Tanzania that you are now creating an environment that is hostile to investors,” he noted, adding: “But there is still truth that there is no gain without pain. History has demonstrated that, not once or twice”.

He said Tanzania should not go it alone but rather, engage others regionally and at continental level.

“If they run away from Tanzania they shouldn’t find different ecosystem in Kenya, Uganda, Rwanda and DRC Congo. The oxygen they breathe must be the same across the whole region,” he noted.

It was his view that the East African Legislative Assembly should be entrusted with coming up with a regional protocol that defines the trading bloc’s investment rules for the mining sector.

Instead of relying on lucrative Gross Domestic Product (GDP) figures in defining the contribution of the mining sector to Africa’s economy, Prof Lumumba is of the view that the continent needs to become more realistic and truthful with regard to how the mining sector was impacting on lives of its people.

“GDP and per capita income means nothing if you have no money in your pocket. Nobody eats GDP because it is not edible at all but what matters is the money in people’s pockets,” he said.

According to him, it is only when people have money that they will have the ability start serving the growing banking sector; reducing hunger and raising their life expectancy.

He exuded confidence that things have started to move in the right direction for some African countries.

“We have spoken for too long but now I see many countries having their visions. But the most beautiful thing is to see Africa has started to recognize that there is a need to have the continent vision,” he said.

He believes that everything is possible when there is enough effort and attitude.

“Africa must borrow a leaf from the United Arab Emirates (UAE) for initiating a Ministry of ‘Impossible’ which will focus on issues that seem to be impossible and make them possible,” he said.

Read the Original Article on The Citizen

REVEALED:Orengo Explains how he will successfully Impeach DP Ruto