CrimeTrending News
By Correspondent On Mar 8, 2020 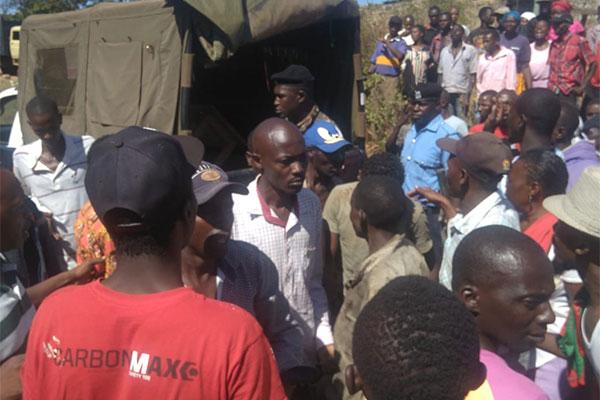 According to one of the victims, the scammers hand you a card and ask you to scratch it and win prizes — money, phones, and laptops, among others.

These con artists often masquerade as service provider promotion agents, who offer you a fake phone or laptop or any other thing – but not before you pay some money.

“Once you scratch the card, they tell you it’s true you’ve won. Either you’ve won a tv, or a fridge or a woofer, whatever it is they’ll say you’ve won,” one of the victims explained.

They usually have a stand-by vehicle nearby, where they direct clients to go and ‘register’ and collect their prizes.

One woman is said to have lost Ksh35,000 after she was told that she had won a laptop. The excitement got to her and she didn’t give it a second thought when they asked her for her phone and later asked her to input her PIN.

Little did she know that they had just taken her maximum loan limit from her account.

The suspected con artists based in Kenol met their match as several of their victims surrounded their vehicle.

One of the swindlers -a lady who was visibly shaken, claimed that they were legitimate representatives of a phone company and that they had been commissioned to push sales of the handsets across the country.

They went on to claim that police in the area were in cahoots with the con artists and offered them protection.

“We wonder what the police in Kenol are for. They are ganging up with theses thieves so what work are they doing for us really?” a victim of the swindlers posed.

The victim went on to reveal that the notorious group usually camped outside hospitals where they easily picked out victims who are distracted by their personal traumas, going on to bleed them dry.

Watch Kenol residents taking matters into their own hands below: