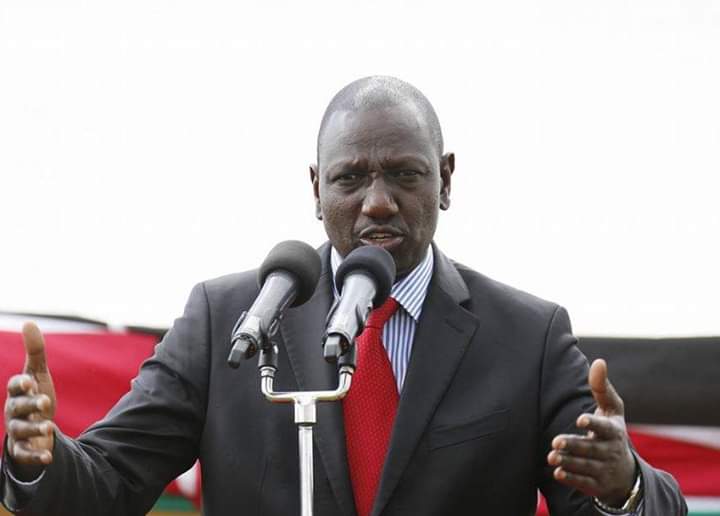 Deputy President William Ruto has threatened to name civil servants whom he alleges are being used to intimidate politicians supporting him.

Speaking in Meru on Sunday, the DP said governors, MPs, MCAs and civil servants thought to be supporting his 2022 presidential bid are being threatened with arrest and prosecution.

He was speaking at Uganda Martyrs Catholic Church in Kibirichia after a two-day visit.

Dr Ruto said Kenya is a democratic state and everyone has the right to belong to whichever political affiliation one desires.

Orengo hints at Ruto impeachment
The DP, who was in Meru a week after the region hosted the BBI forum, said he should be respected since he is in the presidency by his own right and threatened to name in coming days the civil servants intimidating him.

He cited the case where Meru Municipality MCA Elias Murega was released on a Sh7 million bond after he was charged with obstructing police officers.

“I know why (Governor) Kiraitu is not here. It is because people are being threatened. Why are clerks and people we have given jobs threatening people with cases? I am the deputy president of Kenya, elected, and I have no apologies. Soon and very soon, we are going to call them out.

“They are targeting very junior people including MCAs. If they are men enough, let them come forward and face me. Let them not hide behind shadows. We live in a democratic country and citizens, leaders and civil servants should have the opportunity to make the choices they have decided on their own,” he said.

Dr Ruto was responding to remarks by Meru Senator Mithika Linturi, Gatundu South MP Moses Kuria and his Kikuyu counterpart Kimani Ichung’wah who said that the Directorate of Criminal Investigations, Kenya Revenue Authority, the Ethics and Anti-Corruption Commission and the Judiciary are being used to harass politicians allied to the DP.

Mr Kuria said the “deep State” is at play against Dr Ruto but predicted his triumph due to the support of the masses.

Mr Ichung’wah had claimed that some elected leaders are being threatened with actual bodily harm and death, if they do not support the BBI.

He claimed the move to withdraw guns and bodyguards from some MPs allied to Dr Ruto is part of the wider conspiracy to intimidate them.

The MP alleged that the disbandment of the Flying Squad to form the ‘sting squad’ was purposely meant to harass and terrorise MPs.

“All our governors cannot stand their ground because of the intimidation they are being subjected to. MPs are also being intimidated and threatened with death. Those who support Ruto are being denied protection. The politics of intimidation and coercion has no place today. We survived during Moi’s regime because people resisted that system,” said Mr Ichung’wah.

The MP at the same time claimed that suspected corrupt individuals have been sanitised after meeting with opposition leader Raila Odinga.

“When you declare support for BBI and then accuse Ruto of being a thief, even if you are corrupt, you are forgiven,” said Mr Ichung’wah.

Mr Linturi said it is frustrating that President Kenyatta has turned against the same people who helped him ascend to power.

“Government agencies are being used against the same people who got the government in power. The DCI, KRA and EACC should not be used to fight people,” said Mr Linturi.

On his part, Dr Ruto reiterated that he will not be cowed and vowed to continue with his campaigns.

“I sought for votes [together] with President Uhuru Kenyatta and it is within my right to go round. I am determined in what I am doing since I know there is an exam that awaits me. I want to work hard so that when you mark the exam, I benefit,” he said