EXCLUSIVE :List Of Kenyan Politicians With Corruption Cases But Cleansed By BBI

The politicians seem to enjoy protection for supporting BBI

Corridors of PowerPoliticsTrending News
By Correspondent On Mar 9, 2020 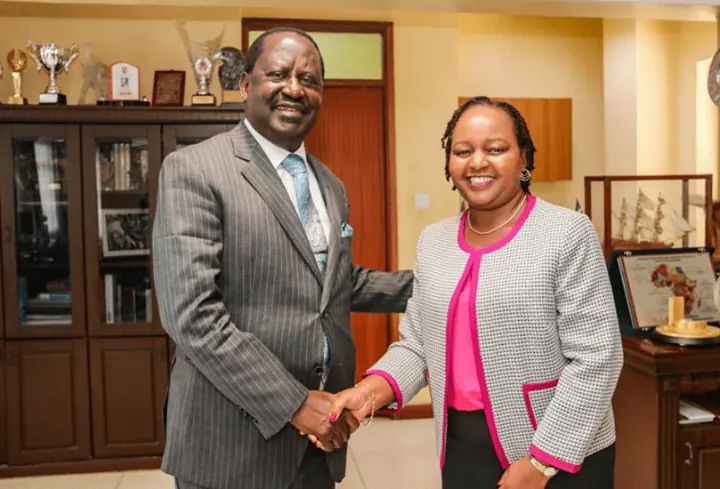 In the past two years, the government has heightened an alleged fight against corruption that has seen several senior government officials prosecuted.

However, others have remained untouched for what we think is being politically “correct”.

Below are some of the names:-

1.Ali Hassan Joho
In 2017, the Mombasa governor was engaged in a spat with President Uhuru Kenyatta, leading his company, Autoport, to be suspended by the Kenya Revenue Authority.

Later in 2019, following the handshake between ODM leader Raila Odinga and Uhuru Kenyatta and the birth of the Building Bridges Initiative (BBI) which Joho supported, it emerged that Autoport was irregularly allocated 50 acres of Kenya Railways land in Machakos.

EACC sought to investigate the matter which entailed other companies such as Freight Terminal Ltd, Grain Bulk Handlers and Buzeki, but the matter seems to have been swept under the carpet after Joho joined the BBI reggae.

2.Peter Munya
He is the current cabinet secretary for agriculture, and his history in government is also not clean, but he seems to have been ‘cleansed’ after joining the BBI choir.

While serving as the trade CS, Munya was on the spot for ordering the unconditional release of edible oil worth Ksh10 billion belonging to M/S Maybros Limited impounded by the Kenya Bureau of Standards (Kebs).

The product was said to be substandard, and required further processing before being released into the market. It was released under unclear circumstances, and it is not clear whether it was sold directly to consumers or refined. The former is most likely.

Despite EACC and the DCI launching investigations, nothing went on and the scandal died down.

In February 2018, EACC petitioned Speaker Justin Muturi over the nomination of Peter Munya and Ukur Yattani as Cabinet Secretaries alleging that their integrity was questionable.

“Investigation by EACC on alleged procurement malpractice have hit a snag since he became a “darling” to the system for openly abusing and attacking the DP (William Ruto) and defending BBI,” says Pastor Godfrey Migwi, a political enthusiast.

3.Okoth Obado
He is the current Migori governor, who seems to have found his feet again in politics after facing two counts of murder charges in 2018. He is accused of being involved in the murder of Sharon Otieno and her unborn baby.

His case is still ongoing, but seemingly the mainstream media has turned away from it after he joined the infamous BBI reggae.

Initially, it is worth noting that he was Ruto’s point-man in Luo Nyanza when his trial and negative media coverage was quite visible. Since he joined the other side, he is now “as white as snow”, and can now dine with the “saints” of BBI.

He was also facing several graft cases, and in 2017, fire razed down Migori county procurement offices together with receipts of suspicious procurement worth Ksh1.5 billion. The graft cases have since slowed down, or maybe killed after he joined Baba’s (Raila) side.

4.Ann Waiguru
She exited the devolution and planning ministry after the infamous NYS scandal where Ksh791 million was lost. She won the Kirinyaga gubernatorial race thereafter in 2017.

As the county boss, she has been accused of several mismanagement and graft issues, but the anti-graft bodies are yet to investigate her. Reason? She is the video vixen in every BBI reggae.

5.Amos Wako
He is the current Busia Senator, and a member of the BBI taskforce. One of the aim of the BBI is fight corruption.

However, did you know that in October 2009, he was given a travel ban by the USA for ‘deliberately blocking political reforms’ following post-poll violence in 2008?

As if that is not enough, On November 18, 2019, the US State Department announced that Amos Wako, his wife and child were barred for travel to the US due to significant corruption.

But now, according to the BBI reggae, he is very clean.

6.Cecily Kariuki
According to a 2018 survey by EACC, the health ministry the most corrupt after Interior docket.

At this time, the ministry was headed by CS Kariuki, who has now been moved to the Ministry of Water.

During her reign, the ministry experienced scandals such as the Ksh7 billion CT scanners scandal and the 2016 Ksh5 billion Afya House scandal.

She is now moving to another ministry after crumbling the ministry that was critical in one of the Big 4 Agenda, universal health coverage.

She is also a vocalist in the BBI reggae band.

7.Mike Sonko
He was voted overwhelmingly to become the second governor of Nairobi, but has turned out to be a disappointment. He has no deputy and cannot access his office due to graft cases facing him.

He was almost going down, before he joined the BBI reggae. However, he had to pay a price for coming to the choir late; hand over critical functions to the choir masters. His fate hangs in the balance as masters observe his loyalty.

Recently, President Uhuru Kenyatta summoned Nairobi MCAs who were planning an impeachment motion against Sonko, and after the meeting, Sonko became the best governor and the motion was dropped.

His colleague Waititu missed on the chance to join the choir, and has now been reduced to a loner in the streets.

“BBI is the cure for the corrupt and not cure for corruption,” says Migwi.

8.Charity Ngilu
Kitui govenor, and one of the two women governors in Kenya. She supports BBI, a motion set to unite Kenyans. However, during a BBI rally in Kitui, she was publicly ordering for the ouster of Gatundu South MP Moses Kuria, for being against President Uhuru Kenyatta. That is unity for you, and the National Cohesion and Integration Commission (NCIC) did nothing.

Before she became the governor, she was the CS for Land before she was ousted for corruption scandals in the ministry, and also in the ministry of water and irrigation where she served before.

In her county government, several officials have been linked to graft with few arrests that go nowhere.

All her sins were forgiven after she joined the reggae.

8.Mwangi Wa Iria
Murang’a governor who was almost impeached for his misdeeds.

By 2017, EACC was investigating wa Iria alongside two other governors (Obado, Evans Kidero) for amassing wealth in a questionable manner in the four and half years they had been in office. It is said they registered properties in the name of their proxies who were also given lucrative tenders.

All that has been forgotten.

“His corruption cases has stalled since joining and campaigning for the handshake and BBI,” adds Migwi.

9.Wycliffe Oparanya
In 2018, the EACC announced that it was investigating Oparanya after he bought St John Manor hotel “using public funds believed to have been embezzled from the county government of Kakamega.”

He used at least Ksh250 million to acquire the hotel.

Seemingly, his bass in the BBI choir is too loud for EACC to conduct any investigations, and they might be forced to forget about it, after all “nobody can stop reggae”.

5 things you should never do to please a woman