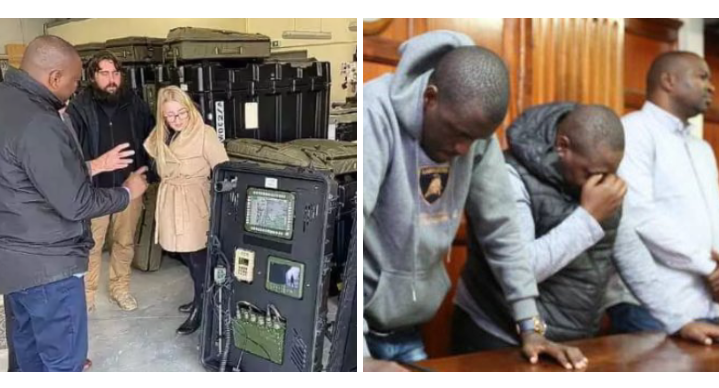 A day after Directorate of Criminal Investigations (DCI) George Kinoti asked the Federal Bureau of Investigations (FBI) in Nairobi to join investigations into the murder of a police officer attached to the deputy president’s office, vocal city Lawyer Donald Kipkorir has chipped in to explain why the former Sports CS could be prosecuted in the USA courts.

Taking to his Twitter account on Tuesday evening, the anti-Ruto lawyer explained how any transaction involving over 10,000 US dollars could invite a jurisdiction under the US laws.

According to Kipkorir, all those who took part in the scandal including those who received to as low as Ksh100 could soon find themselves being prosecuted in the New York courts after FBI take over.

“FBI has taken over investigations of Rashid Echesa Arms Deal. Under us law, a transaction involving over us$10,000 (mere Kshs. 1m) invites us Jurisdiction. Anyone who received even Kshs. 100/= of the downpayment of the Commission of Kshs. 11.5m may soon arrive in New York courts” tweeted Kipkorir.

His observation was, however, watered down by the former secretary of Innovation, Digital and Diaspora Communication in the Office of the President Dennis Itumbi.

According to Itumbi, DCI’s claims that it had invited the FBI to aid in the murder investigations was false and misleading. Itumbi, while referring to the past La Mada alleged Fake letter, claimed the DCI was just taking Kenyans for a ride by claiming that the US-based investigation unit was already involved.

“Mr I confirm that@DCI_Kenya told court that @FBI was not involved in investigations on the alleged Fake letter. But as @KIMANIICHUNGWAH told you, DCI told @dailynation FBI was here investigating. Endless contradictions!” tweeted Itumbi

This comes just a day after George Kinoti, on Monday, revealed they had invited the detectives.

According to Kinoti, the DCI felt the case had been politicised hence wanted the FBI to conduct a parallel investigation into how Sergeant Frank Kenei was murdered.

He added revealed that the need to widen the scope of investigations into the murder, was because one American, Koziowski Stanley Bruno, who is a director of Eco Advanced Technologies LLC, which was set to get the Sh39.5 billion tender to supply the arms for the Kenya Defence Forces was involved.

“We are Ready For Fresh Elections!!,’-DP Ruto Allies Fire Back