AfricaPoliticsTrending News
By Correspondent On Mar 11, 2020 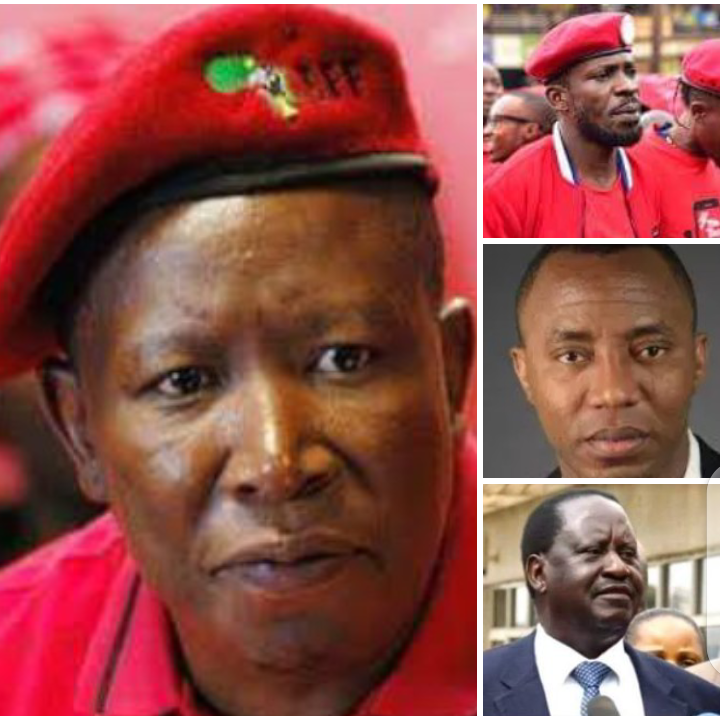 I hope we all know that here are very few political leaders who will agree with Kilroy Oldster’s assertion; many leaders see opposition as a plague that must be silenced by every means possible.

What becomes even more surprising is the fact that many leaders, especially in Africa, who treat the opposition with an iron fist, were once in the opposition themselves.

Around Africa, the script is the same; political leaders often oppress the opposition with every means possible until they toe the line. Being an opposition figure in a continent like Africa, where abuse of power and human rights violations is the order of the day, is no walk in the park.

Yet, a few have remained dogged and refused to bow to government pressure. They have continued to defy the powers that be despite the oppression they receive in return. Below are the top 10 opposition figures in Africa in 2020;

Robert Kyagulanyi Ssentamu, known by his stage name Bobi Wine, is a Ugandan musician and politician. He serves as the Member of Parliament representing Kyadondo East constituency in Wakiso District, in Uganda’s Central Region. He is the leader of the People’s Power Movement and a major opposition figure to President Yoweri Museveni’s led government.

Julius Sello Malema is a South African politician who is a Member of Parliament and the leader of the Economic Freedom Fighters, a South African political party, which he founded in July 2013. He previously served as President of the African National Congress Youth League from 2008 to 2012. He is a vocal opposition figure in South Africa against governments of the former president, Jacob Zuma and current president, Cyril Ramaphosa.

Diane Shima Rwigara is a Rwandan businesswoman and women’s rights activist, who stood as an independent candidate in the 2017 Rwandan presidential election. She is a staunch critic of President Paul Kagame’s government and was jailed for over a year with her mother for charges including inciting insurrection against the government of President Paul Kagame. The international community condemned the arrest, and she was granted bail alongside her mother in October 2018.

John Dramani Mahama is a Ghanaian politician who served as President of Ghana from July 24, 2012, to January 7, 2017. He previously served as Vice President of Ghana from January 2009 to July 2012 and took office as president on July 24, 2012, following the death of his predecessor, John Atta Mills. Mahama was confirmed as the candidate of the opposition National Democratic Congress to contest in the 2020 elections against the current president, Nana Akufo-Addo who unseated him in 2016.

Maurice Kamto is a Cameroonian politician; he is the founder of the MRC and a top opposition figure against the government of President Paul Biya. He was a member of the International Law Commission of the United Nations from 1999 to 2016. In October 2019, a military court in Cameroon freed opposition leader Maurice Kamto, who had been in prison for nine months and facing charges of insurrection. Mr. Kamto was detained after organizing protests in January 2019 against the result of the 2018 presidential election.

Martin Madidi Fayulu is a businessman and lawmaker from the Democratic Republic of the Congo. He is the leader of the Engagement for Citizenship and Development party. Many critics still believe he is the rightful winner of the December 30, 2018 elections and accuses former long-time leader, Joseph Kabila of brokering a back-door deal with the current president, Felix Tshisekedi.

Raila Amolo Odinga is a Kenyan politician who served as the Prime Minister of Kenya from 2008 to 2013 and leader of the opposition since 2013. He was the Member of Parliament for Langata from 1992 to 2013. In 2018, the Kenyan opposition leader, who boycotted the country’s disputed election the year before, swore himself in as the “people’s president” at a mock inauguration ceremony in protest against President Uhuru Kenyatta.

Warren Kizza Besigye Kifefe, known as Kizza Besigye, and also nicknamed Colonel, Daktari, Kifefe, KB, and Ssenyondo, is a Ugandan physician, politician, and former military officer in the Uganda People’s Defence Force. He has been arrested numerous times for various charges, including treason. According to reports, he has joined forces with another popular opposition figure, Bobi Wine to contest against President Yoweri Museveni in the next presidential elections.

Omoyele Sowore is a Nigerian human rights activist, pro-democracy campaigner and founder of an online news agency Sahara Reporters. He was a presidential candidate in the 2018 presidential elections against President Muhammadu Buhari who won a second term in office. On August 3, 2019, Sowore was arrested by the Nigerian State Security Service for alleged treason after calling for a protest tagged RevolutionNow