“We are Ready For Fresh Elections!!,’-DP Ruto Allies Fire Back 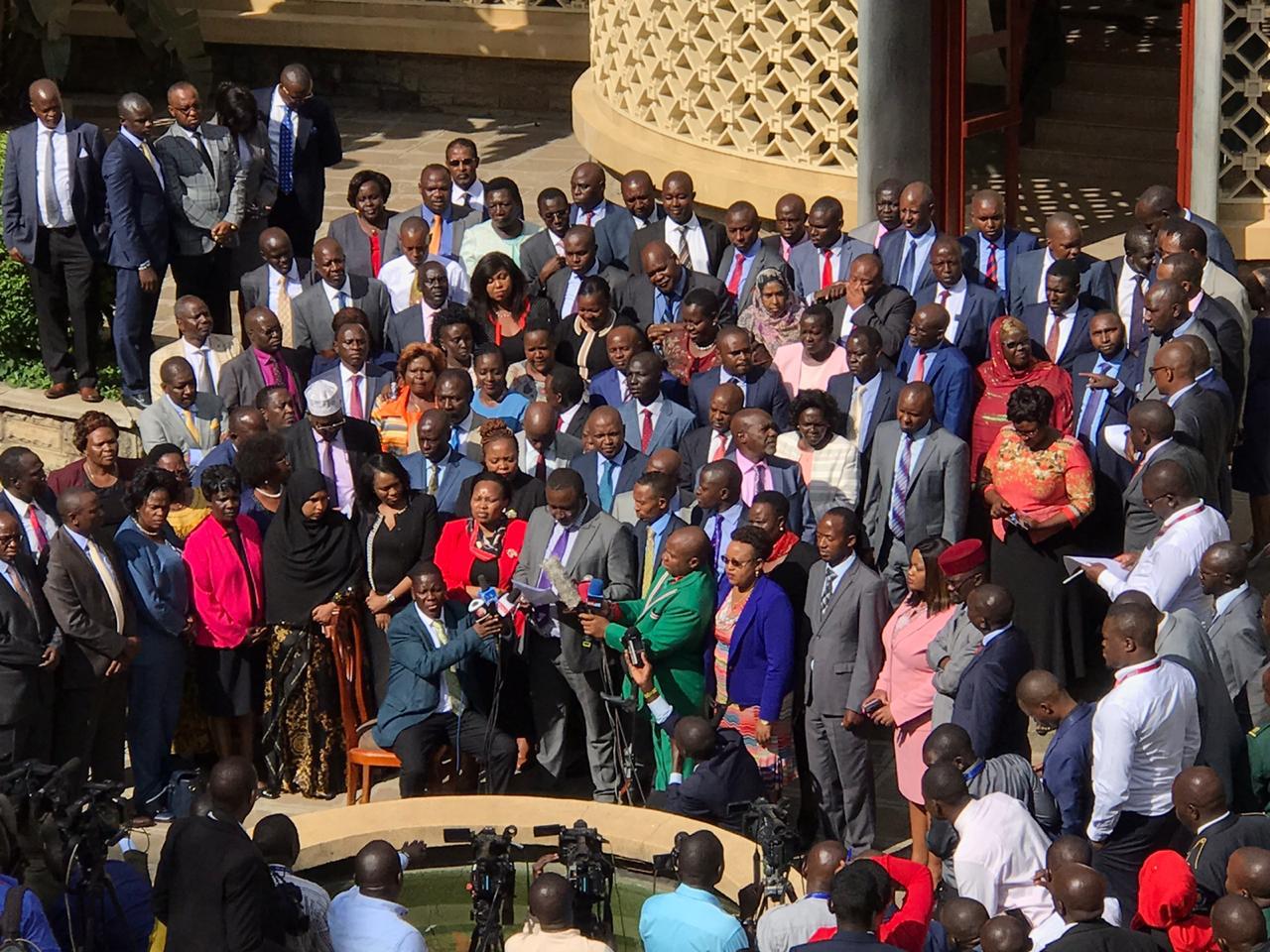 In what could prove to be a major showdown between the pro handshake leaders versus the pro-Ruto allies, the MPs led by Gatundu South MP Moses Kuria stated that they were ready for fresh elections.

Kuria challenged President Uhuru Kenyatta to make his threat real, dissolve the cabinet and call for fresh elections. He exhibited confidence that William Ruto’s camp was going to triumph by a bigger margin.

While insisting that the DP was not going to resign, Kuria dared Uhuru to pick Raila to the position of the Chief Prime Minister as allegedly planned.

The MPs also warned Uhuru’s government against profiling leaders from a certain region as corrupt as one way of trying to contain Ruto ahead of 2022 general elections.

“ODM’s strategy was always about Nusu mkate government. We are aware that there is another meeting tomorrow to bring an impeachment motion against the Deputy President and get him out of office so that Raila can get a position in government. let them bring it,” stated Kuria

The more than 175 MPs who stormed out of parliament proceedings to answer back their colleagues, revealed that there were plans to reconstitute government so that ODM can occupy half of the cabinet.

“Raila’s plan all along is to use the DCI to plan frivolous accusations, from Arror and Kimwarer dam, to the Echesa scandal so that they can charge the Deputy President with anything in order to bar him from running for president in 2022,” read part of the statement by the MPs.

This came just minutes after more than 70 of their pro-handshake colleagues hold a similar press conference at Serena Hotel to accuse the Deputy President William Ruto of gross misconduct and violation of his oath of office.

Led by Kieni MP Kanini  Kanini Kega, the MPs challenged Ruto to do the honourable thing and resign from his position as the DP and focus on his 2022 presidential ambitions.

“William Ruto must shape up or ship out,” they stated in a joint statement over an alleged “reprehensible conduct” of the DP.

Baringo Women Representative Gladwell Cheruiyot together with Kathiani MP Robert Mbui, on their part, accused the DP of declaring a war against State institutions and constitutional bodies.

Holding state officials accountable is central to the success of the Big Four Agenda. pic.twitter.com/zSf6h2N8Zw

Their rants came just some few days after Ruto claimed the murder of Sergeant Kipyegon Kenei, a security officer in his office, was a double ploy to set him up against his community while also scandalising his office.