Papa Dennis’ elder brother Simon Mwangi has for the first time opened up on how he has been after the death of his brother and best friend.

According to an interview on Radiojambo, he was the one intended to die instead of his brother. 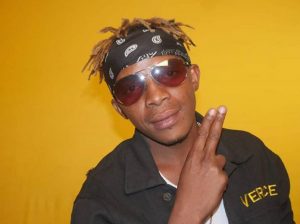 ‘I HAVE BEEN FEARFUL BECAUSE I DO NOT KNOW WHAT HAPPENED TO MY BROTHER, RIGHT NOW I CANNOT EVEN WALK ALONE AT NIGHT. BEFORE PAPA DIED HE WAS TOLD I WAS THE ONE TO DIE FIRST.’ Simon said

He spoke saying how the death of his brother has taken a toll on him because it has not been easy.

THERE IS A DAY I TRIED CALLING HIM EVEN THOUGH I KNEW TOO WELL THAT HE WAS ALREADY DEAD.” Simon said

Papa died on February 8, 2020 after he allegedly jumped from Kirima Building. DCI is still investigating the actual cause of death.