The number of infections in the Mediterranean country has reached 24,747, a count released to the media by Italy's civil protection service said

GlobalTrending News
By Correspondent On Mar 15, 2020 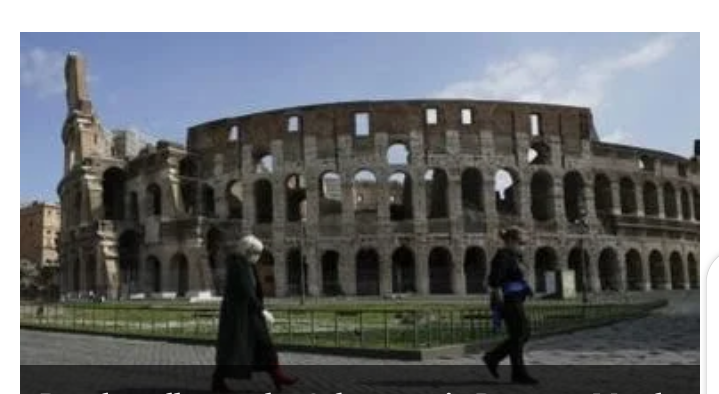 AFP:Italy on Sunday recorded 368 new deaths from the novel coronavirus, its highest one-day increase to date, taking the total to 1,809, the most outside China, official data showed.

The number of infections has reached 24,747, a count released to the media by Italy’s civil protection service said.

The northern Lombardy region around Milan remained the European epicentre of the pandemic, officially reporting 1,218 deaths, or 67 percent of the Italian total.

But Sunday also saw the number of deaths in the southeastern Puglia region around the city of Bari double from eight to 16.

The Lazio region that includes the Italian capital Rome has officially recorded 16 deaths in all — up from 13 on Saturday — and 436 infections.