Miguna Reveals why he Fired Orengo as his Lawyer 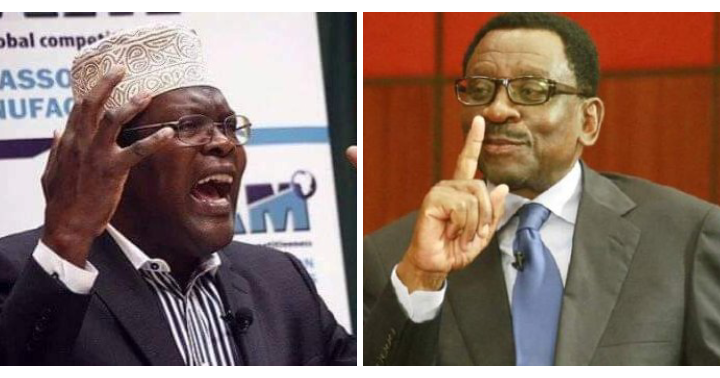 Controversial lawyer Miguna Miguna has come out to disclose why he sacked Siaya Senator James Orengo as his attorney.

Orengo represented Miguna in a case against Kenyan government following his forceful deportation in 2018 on grounds he was a ‘prohibited immigrant’.

The swearing-in was presided over by Miguna alongside Ruaraka Member of Parliament (MP) TJ Kajwang’.

Afterwards, Raila and Uhuru buried the hatchet through the famous March 9, 2018, ‘handshake’ and established the Building Bridges Initiative (BBI) secretariat in what they said was a bid to unite the country.

In a tweet on Saturday night, Miguna revealed he sacked Orengo after he become a ‘despotic tool’ by embracing the peace deal between Uhuru and Raila.

The former Nairobi gubernatorial contender made the revelation while faulting Keroche Breweries Limited for hiring Orengo to represent the firm in a tax arrears dispute against Kenya Revenue Authority (KRA).

“Keroche made a fatal mistake when they hired James Orengo to represent it/them in a duel pitying them against Despot Uhuru Kenyatta. They should have known that Orengo became a despotic tool after March 9, 2018 HandChieth. That’s why I fired him,” Miguna posted.

After sacking the Senator, Miguna retained veteran lawyer George Khaminwa and Nelson Havi as his attorneys, and he eventually won the case on December 14, 2018.

The High Court ruled his deportation was unlawful and in violation of his rights and the Constitution.

Justice Chacha Mwita said Miguna was a Kenyan citizen and awarded him Sh7 million as compensation.