REVEALED:Muhamed Ali ‘s undercover Investigation that Tangatanga is not Aware of as They Campaign for Ruto 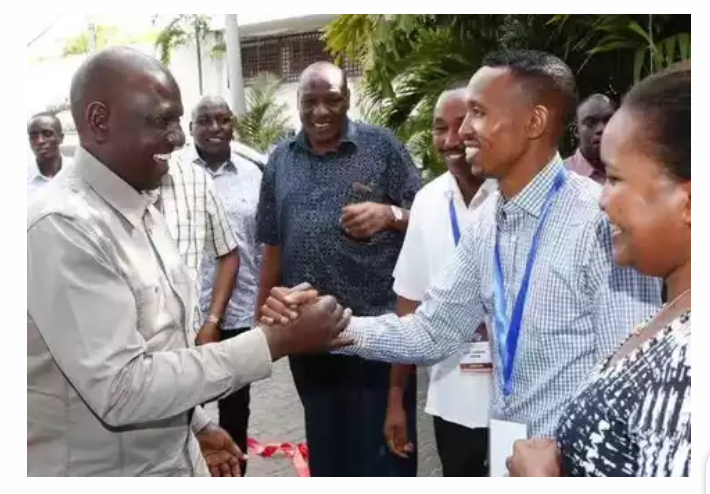 Former KTN investigative journalist Mohammed Ali famously known for his series of investigations dubbed Jicho Pevu, is revealing the hypocrisy of the highest degree as he executes his duties in the new arena of the political world.

The loyalty of Mohammed Before he joined politics

During his moment as an investigative journalist at Kenya Television Network(KTN), Mohammed Ali achieved enormous respect and trust of Kenyans from all walks of life for uncovering evils done behind the curtains.

In every series Jicho pevu produced, assisted the Kenyans security personnel and the government at large to track criminals, corruption lords, drug barons and other evildoers.

With-it these series highlighted big names of prominent people who worked in the government or private sectors and were in either way funding or facilitating crimes that contributed to a loss of lives of innocent Kenyans, collapsing of government megaprojects due to corruption and even public land grabbing done by people from the system of the regime.

He fearlessly pointed out some individuals involved in corruption activities when he was once interviewed by Jeff Koinange who was at the Kenya Television Network (KTN) by then.

The fearless reporter talked about the several challenges he has been passing through together with his team.

He angrily accused William Ruto (The now deputy president) of being in forefront line to grab the land of one of the school in Lang’ata at Nairobi.

He felt for the children who had to go on strike to protect their own school field an action that left them being tear-gassed.

There was also an accusation of the evils happened at Weston hotel after an outbreak of certain infections and people wanted the owner of the hotel to be sued. So when people found that the owner was Ruto and the government could not take action, they went wild and accused them of not taking action.

But Mohammed Ali dauntlessly said the owner was William Ruto and that even google knows it when he was asked the question by the then host, Jeff Koinange.

The Hypocrisy and Betrayal

The former journalist who said that his journalistic life by then was a calling so that he works to protect the interests of Kenyans both rich and poor, announced to join politics and sworn in before Kenyans that he is taking the new career so that it be a stepping stone to correct the problems while in the system.

Since he joined politics things have worsened. Kenyans are experiencing extrajudicial killings, corruption is taking a different angle, hospitals are rotten and no one is there to talk about them for the gutsy outspoken one is in the system.

Ali is now dining on the same table with the same people he called criminals. He is protecting the same system he strongly criticised in his series. He is publicly protecting deputy president William Ruto whom he once criticised. Or is it that Ruto repented and was cleansed from corruption? Remember a leopard never changes its spots when migrates.

Or, Is Muhammed Ali behind the revelations going on concerning the scandal of firearms procurement believed to have happened in the Deputy president’s office?

Ali as the Member of Parliament.

When the former journalist was elected as a member of parliament of Nyali Constituency, Mombasa, Ali had done a good job following the praises he bags from the people of Nyali requesting him to continue with the same spirit.

He has launched many projects like schools, police stations, Harakani-Freetown cabro access road, a crucial road that links Nyali and Kisauni constituency.

The Mp has also taken his outspoken character to parliament as he is involved in healthy discussions that suit not only for his constituency but also for the whole nation.

He records for strongly asking the national government, during one of the motions in the parliament.

He requested the government to consider constructing a referral hospital to each constituency for common citizens struggling when it comes to seeking medical service.

Congratulations Moha, for the good work of minding the welfare of the common mwananchi.