CountiesCrimeTrending News
By Correspondent On Mar 15, 2020 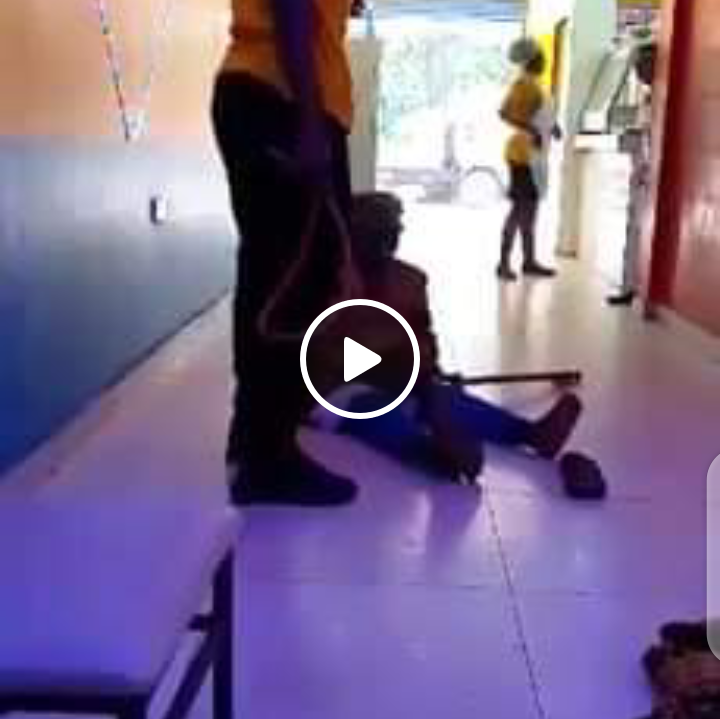 Enraged residents of Kangundo town in Kangundo Sub-county of Machakos county together with Kenyans on social media Saturday expressed displeasure after a video of a waiter in one of the hotels in the town was filmed beating an old woman.

The woman is said to have entered the Inn and Out hotel and sat without ordering anything.

Upon being asked what she was to be served, she said that she was waiting for her son who was yet to arrive.

An argument ensued between the woman and the waiter before she was pulled from her chair and thrown out on the floor.

The waiter then went ahead to tear the woman’s clothes before descending on her with beatings and kicks.

The man uses a whip to beat the old woman as two other women watch laughing as if enjoying the scene.

Kangundo residents have condemned the incident and called for the arrest of the waiter.

In an interview with some of residents, they threatened to stage demos if no action is taken against them.

“That’s so inhuman where do you get the courage to hit a woman old enough to be your mother. The law should take its course,” said Onesmus Mutie.

“If something is not done you don’t know if you’re the next victim. The police should arrest the excuse of a man who took advantage that the woman was old and helpless,” he added.

“Where did such people come from surely beating a helpless woman. We hope the suspect wont walk scot free,”said Mary Mbithi another resident.

Wide outcry after Kangundo Inn and Out waiter filmed whipping an old woman in the hotel – https://t.co/wsuQFbL4fy pic.twitter.com/TljSeZhmbO

“INN and out kangundo branch, customer is always right,how can u do this to her woman almost ur mother ati juu amekaa bure kwa hotel.” J bling de Kartest said.

The police have began investigations into the incident. Efforts to speak to the management of the hotel proved futile.

Read the Original Article on Mauvoo.com