The 13 Chinese landed in Tanzania on Wednesday, March 4, from China 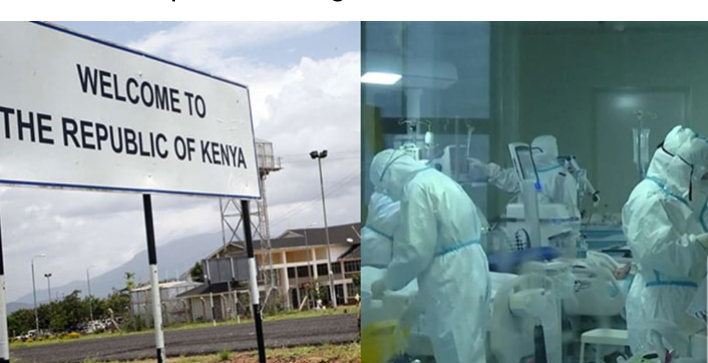 At least 16 foreigners including 13 Chinese and three Tanzanian nationals were on Tuesday, March 17, denied entry into the country amid increasing cases of coronavirus in Kenya.

Police say they denied them entry after the immigration department at Lunga Lunga border confirmed that the visitors travelled from China on Wednesday, March 4, clai,img that they were going for special assignment at Mombasa’s Bamburi Cement company Limited.

Police said that the Chinese were technicians while the three Tanzanian nationals were drivers.

“It was reported by one Murage in-charge Port health and Mr Kiambati in-charge of immigration Lungalunga border point that 13 Chinese and three Tanzanian immigrants have reported through Tanzanian border for clearance to Kenya. On interrogation, they said they were going for special assignment at Mombasa Bamburi cement company limited,” police said in a statement.

It was further established that the immigrants had not met COVID-19 guideline of 14 days of self quarantine in the country of origin since they arrived in Tanzania from China on Wednesday, March 4.

“All of them have been denied entry into the country on observation of the COVID-19 prevention guidelines and escorted back to Tanzanian point of entry at Horohoro,” police said.

TUKO.co.ke reported that since the first case of the pandemic was confirmed in Wuhan China, some Chinese working in Kenya have faced it rough from the Kenyan citizens. They claimed they were being stereotyped by being called corona yet they have been happily leaving with Kenyans for years now.

“We are being called corona. It hurts since majority of us have been working with Kenyans in harmony. We have nothing to do because when we try to defend ourselves, nobody will come to our rescue,one of the Chinese working on a construction site along Ngong road told Tuko.co.ke.

This comes at a time when the government has suspended all flights to the most affected countries hit by the disease which has killed over 7,900 people globally.

To further reduce spread of COVID-19, President Uhuru Kenyatta on Sunday, March 15, suspended all learning activities, public gatherings as well as requesting people who recently travelled or came into contact with affected ones to exercise self quarantine for 14 days.

Read the Original Article on Tuko.co.ke

How to differentiate between normal flu and Coronavirus