Corridors of PowerCountiesTrending News
By Correspondent On Mar 22, 2020 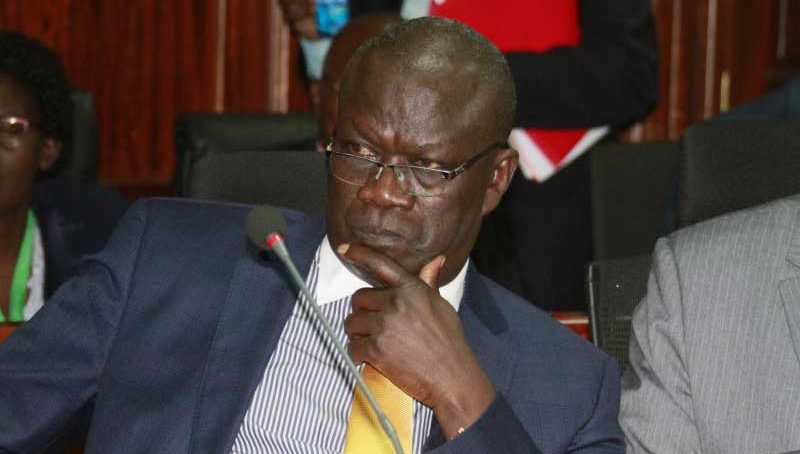 An impeachment motion targeting combative Siaya governor Cornel Rasanga is destined to fail. The motion being crafted by Sigomere MCA Eric Odawa a one-time ally of the governor turn critic has so far attracted 12 signatures out of a possible 28 signatures which is the two third thresh hold required by law. The county has 30 elected MCAs and 12 nominated ones.

For starters, Odawa was once a powerful figure in Governor Rasanga’s governance circles where hes alleged to have pocked staggering millions during 2017 2018 financial year under the flagship of Indepth Construction Ltd, thanks to his rapport with governors handlers and intimidation skills.

All these and for reasons which are not clear todate, Odawa chose his ward and the work he did was shoddily done to the chagrin of the governor, the voters and his critics.

Before he landed the said lucrative contracts in the financial year above mentioned, Odawa also known for his appetite for women, also started the same machinations of imaginary impeachment all in a bid to extort or armtwist Rasanga.In that aborted move he got the said contracts, pocketed millions thanks to an MP from the county who is also angling to be a governor come 2022.

In Odawa’s camp is a former police officer who is his colleague in the assembly and another from East Gem all whom are oblivious that he used to land lucrative contracts thanks to that ragtag axis.

Sources confided to the press that the two colleagues of Odawa are now contemplating withdrawing their signatures after realising that they have been blind folded to run egocentric agenda.The shrewd MCA is however allegedly trying to convince them to stay put promising that a senior politician in the county who is Governor Rasanga critic has vowed to facilitate the process until the governor is sent packing.The said impeachment motion is further being supported by a vocal

A first term MP who is ever in Kisumu night clubs surrounded by twilights girls and heavily built boys to keep vigil from excesses of the night.The MP is only seen in funerals and has really used his CDF kitty courtesy of crony companies owned by a litany of girlfriends. ODM top hierachy is equally said not to be happy with the impeachment schemes.

“We’ve not been consulted and we are not aware of the move to impeach Rasanga”, confided a source on strict condition of anonymity. Sources within Governor Rasanga circles however confided that the governor is unperturbed and has his focus only on BBI but not blackmail or sideshows from busy bodies and extortionists.

REVEALED: How Gideon Moi is preparing KANU for 2022 Political battle with DP Ruto

Kenyan Pastor Claims he has found Cure for Coronavirus