Health care and WellnessTrending News
By Correspondent On Mar 24, 2020 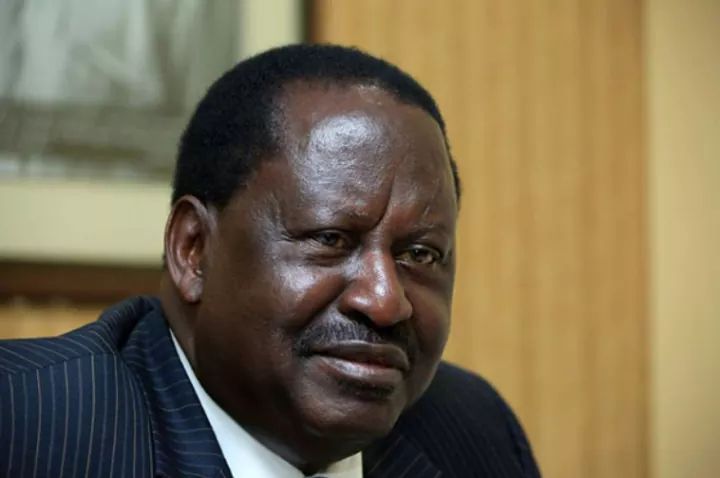 Contrary to the reports  that he met Saburi who has since tested positive for coronavirus, the former Prime Minister said he only met Mombasa Deputy Governor William Kingi.

“During the Mombasa visit, Odinga did not meet with any of the leaders of the Coastal counties or their deputies except William Kingi. He did not meet Deputy Governor of Kilifi County,” a statement from Raila’s office stated.

On Sunday, Saburi was arrested and placed in quarantine and, according to Health Cabinet Secretary Mutahi Kagwe, will be charged for defying self -isolation as per public health act.

Kilifi Governor Amason Kingi has quarantined himself after acknowledging that he mingled with his deputy and other county staff.

The statement added that Raila (above) has been operating mostly from home while transacting official business online and has since suspended operations at his Capitol Hill offices to minimise human traffic to the office.

“Upon suspending physical operations of his Capitol Hill offices, and in order to minimise crowding, Odinga made a low-key visit to Mombasa mid last week for a few days of rest, where he stayed in his house,” the statement said.

He assured Kenyans that he is complying with the government’s directive on coronavirus.

“Odinga appeals to the public to treat reports indicating otherwise as lies and malice,” read the statement.

He dismissed the claims as the work of people who have failed to comprehend the magnitude of the challenge the nation is facing.

“Instead they are finding pleasure in abusing social media platforms to spread misinformation to cause fear and panic the trend. The State must arrest urgently,” the statement said.

Meanwhile, Raila has suspended travel outside the country, public gatherings and meetings.

The former Premier has appealed Kenyans to obey government directives, including frequently washing hands and staying away from crowded places.

This includes places of worship, streets and bars. He also asked Kenyans to rely on factual information from the Ministry of Health.