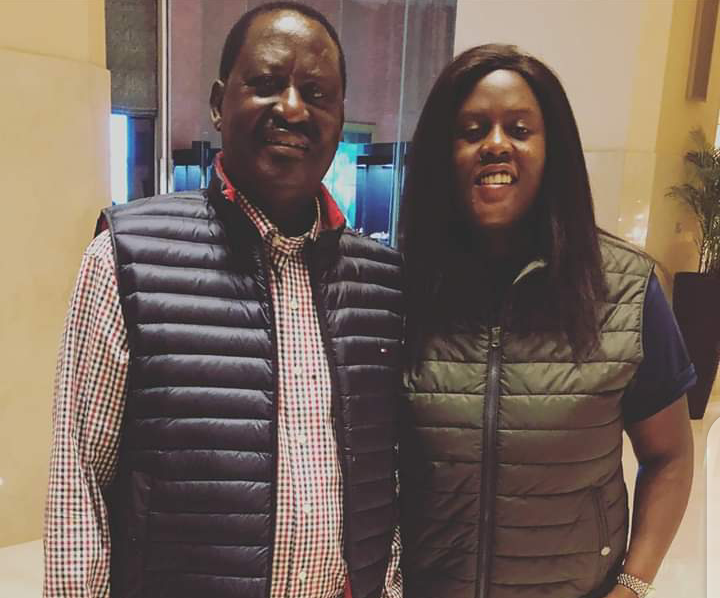 Raila’s daughter Winnie Odinga has been hospitalized with Corona virus like symptoms.

Winnie Odinga was taken ill on Monday evening and admitted at a city hospital after she experienced high fever and persistent cough and sneezing.

Apparently, Winnie has been on self quarantine since 16, March .

I’ve checked all social and all emails. Tumeni WhatsApp, this is gona be a long fortnight”, she tweeted on the day she began self quarantine.

I've checked all socials and all emails. Tumeni WhatsApp, this is gona be a loooooonnngggg fortnight

Sources close to her told Daily Star that Winnie had returned from a trip from Europe and immediately went into quarantine as per the government directive. It’s not yet clear if she broke the quarantine directive in between.

However with one week to go, she started experiencing dry cough and persistent sneezing which later metamorphosed into corona virus like symptoms.

At the hospital, Winnie Odinga was tested for corona virus and awaits results later today.

The testing of Winnie Odinga for corona virus comes barely hours after her father Raila Odinga was taken into self-quarantine after he interacted with Kilifi deputy governor Gideon Saburi during his trip to coast last week.

During his short stint at the coast, Raila is reported to have met a host of leaders including Kilifi governor Amason Kingi, Mombasa Governor Hassan Joho, Mombasa deputy governor as well as the Kililfi deputy govoernor.

However, a statement from Raila’s spokesman Dennis Onyango refutes claims that he met Kilifi deputy governor.

Kilifi deputy governor Gideon Saburi has since tested positive for corona virus and there are fears that he might have infected many during the short stint he roamed around the county from one function to another. .

Already, Kilifi governor Amason Kingi, County CECs and MCAs, and county staff are in self quarantine.

Several others have been taken into mandatory quarantine including Rabai MP Hon. Kamoti who has been admitted at Premier Hospital in Nyali and 17 police officers who came in contact with Saburi.

Kenya has so far confirmed 16 cases of corona virus with several others under quarantine awaiting test results.