DAILY MAIL: Netizens in Argentina have thanked the Virgin Mary for protecting them after claiming this image of her appeared in the sky amid the Coronavirus outbreak.

The ‘figure’ was taken at around 5pm on Wednesday in the city of San Carlos, in the northeastern Argentine province of Corrientes and was later spread on social media and messaging services.

An unnamed resident whose daughter took the picture said ‘in the sky, a rainbow started to be seen, and then some drops started to create the figure (of the Virgin) in the sky surrounding the sun’. 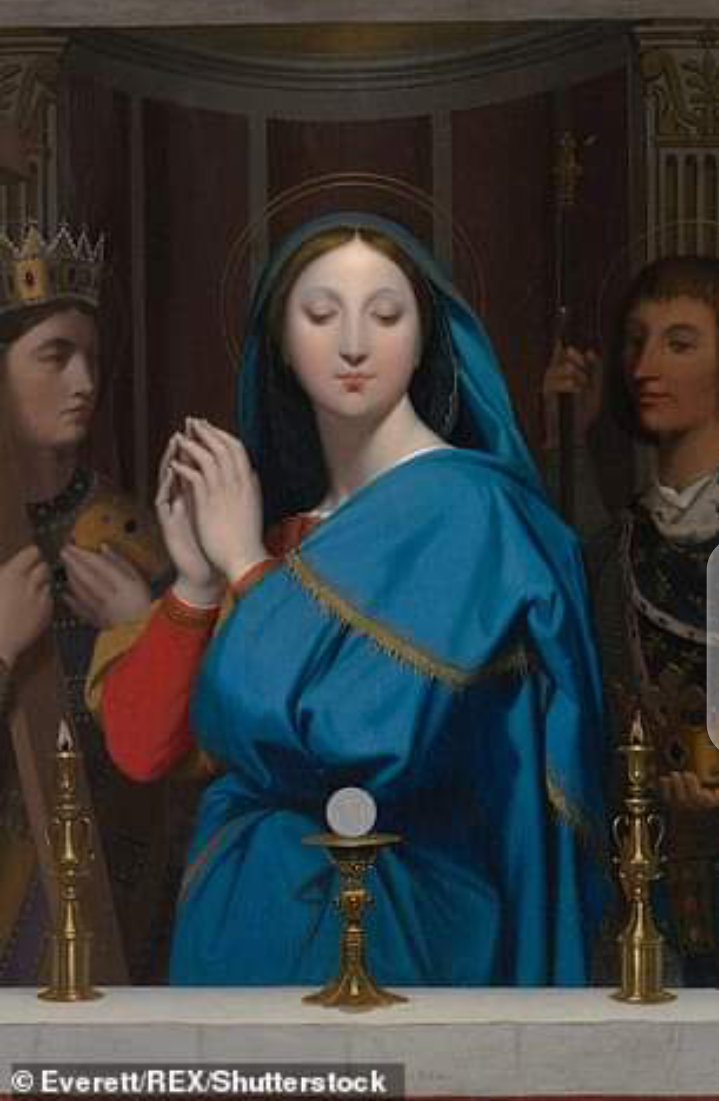 ‘The virgin adoring the host’, a painting of the Virgin Mary by Jean Auguste Dominique Ingres, 1852

Local media reported that some residents compared the figure seen in the sky with the Virgin of Itati, the patron saint of the province of Corrientes.

While netizen Susy Jimenez seemingly saw the figure as the Virgin Mary, writing: ‘Thanks Mother for protecting us, for interceding for God, and for your mercy for the people.’

Reports state the figure was also seen from the nearby town of Candelaria. San Carlos is said to be one of the oldest Jesuit towns in the province.

Nancy Cervantes Saez commented ‘and there are a lot of stories… I do know we are very sensitive, aren’t we asking for a bit of hope?’, connecting the incident with coronavirus pandemic and the beginning of the quarantine in Argentina.

But ‘Ricardo Busto’ added: ‘My cousin says she sees a penis’.

Argentina has had 589 confirmed cases of Covid-19, with 12 deaths, according to the Johns Hopkins coronavirus tracker.

CHILEAN PRIESTS BLESS A REGION FROM A HELICOPTER AMID THE COVID CRISIS WITH A VIRGIN MARY FIGURINE
This is the moment a Catholic priest props a figurine of the Virgin Mary against the helicopter window and blesses a city from the air amid the COVID-19 crisis.

The incident was filmed over the city of Rengo in the central Chilean province of Cachapoal after two local priests, identified as Luis Escobar and Ivan Guajardo, decided to use a helicopter to bless the wider region of O’Higgins.

The priests started with Rengo City and footage shared on Facebook by ‘Rio Claro FM’ shows one of them propping a figurine of the Virgin Mary against the window as he carried out a blessing while wearing a face mask. 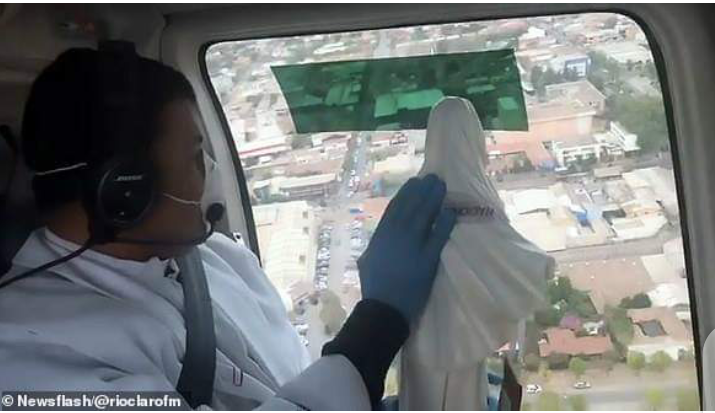 According to local newspaper ‘Publimetro Chile’, before embarking the helicopter, both priests carried out an “exorcism” to rid the area of the “plague”.

Netizen ‘Juana Saavedra’ said: “God protect us, care for all of us and hopefully a vaccine is created for the good of every one.”

‘Albertina Perez Serrano’ commented: “Father Ivan, a great priest who is always worried about the people. God bless him and us too.”

According to the latest figures from the Johns Hopkins University, Chile has reported 1,306 confirmed cases of COVID-19 with four related deaths and 22 recoveries.

Chilean capital Santiago went into lockdown at 1am on 26th March although residents have been self-isolating since before the decree.

Meanwhile, schools were closed on 16th March until at least May.

Gaddafi’s last words as he begged for mercy: ‘What did I do to you?’