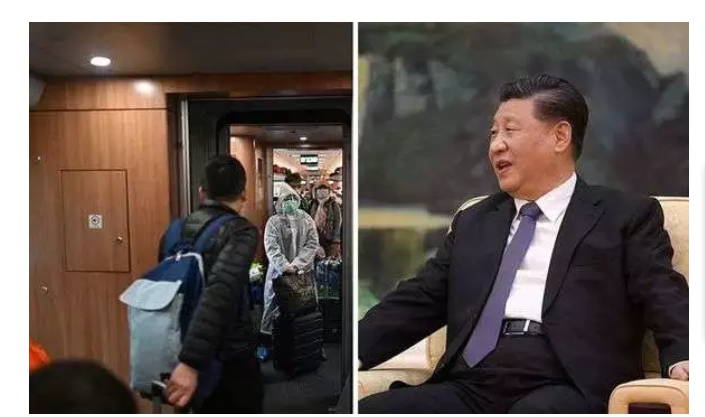 The Chinese government data says 2,535 died from the virus in the city of Wuhan. However, there are reports of much larger numbers of urns being suddenly required.

According to investigative outlet Caixin, when mortuaries in the city opened up for relatives to collect remains, people had to wait for five hours.

One photo shows a truck delivering urns to the mortuary.

The outlet claims the driver said they were delivering 2,500 urns – the same as the day before.

According to Shanghaiist photos from the mortuary show seven stacks of 500 urns each, which would put the figure of urns at 3,500.

April 4 will this year mark the Qingming Festival or Tomb Sweeping Day, which is a national holiday.

Families visit the tombs of their ancestors and clean them whilst leaving offerings.

Reports claim the urns are being distributed at a rate of 500 per day until the festival.

Reporters at Bloomberg attempted to call funeral homes to ascertain how many urns they had waiting to be collected but were either told by the home that information was not held or they did not have permission to give it.

Earlier, Trump said to reporters at the White House: “Number one, you don’t know what the numbers are in China.

“But you just don’t know — you know, what are the numbers?”

However, the President later tweeted: “Just finished a very good conversation with President Xi of China.

“Discussed in great detail the CoronaVirus that is ravaging large parts of our Planet.

“China has been through much & has developed a strong understanding of the Virus.

“We are working closely together.

According to the BBC, China reported 55 new cases on Thursday with just one said to come from China.

As a result, China has banned entry temporarily to all foreign visitors even if they have visas or residency.

Chinese and foreign airlines have been limited to just one flight per week.

These cannot be more than 75 percent full.

The ban does not apply to diplomats or aircraft crew.

Those working in humanitarian projects can apply for exceptions.

Britons warned lockdown to get WORSE -even stricter measures planned