NationalTrending News
By Correspondent On Mar 29, 2020 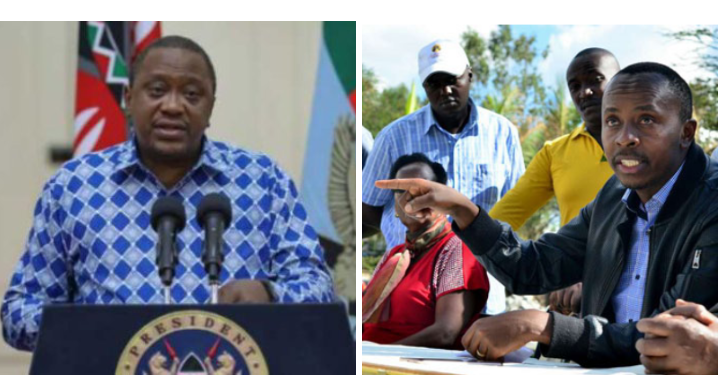 Dagoretti South MP, John Kiarie, on Sunday, March 29, shared a shocking statement that laid bare what he termed as ‘government sugarcoating’ of the Covid-19 outbreak in the country.

In a series of 25 tweets, the legislator painted a grim picture of the country’s preparedness to handle the outbreak, sharing new details on arrivals quarantined at learning institutions in Nairobi.

He started off by stating that there were 7,000 Kenyans who flew in within the last 5 days that were currently isolated at Lenana School and Kinyanjui Technical Institute.

“We have 7,000 Kenyans in quarantine who arrived back between Wednesday and Sunday. In Dagoretti South Constituency, we are hosting them at Lenana School and Kinyanjui Tech. How they got there and the chaos therein is a story for another day,” he posted on his official twitter page.

He then went on to expose what he claims is the real situation, urging the government to stop trying to paint a pretty picture, stating that the country is utterly unprepared for ‘what’s coming next.’

The MP claimed that numbers announced by Health Cabinet Secretary Mutahi Kagwe numbers were skewed as he could only announce results from the limited testing kits available.

“Kenya currently has an acute shortage of testing kits, so the country cannot adequately test how many of these new arrivals are currently positive! We currently do not know the exact number of positive cases in the country,

“Moderate estimates are that by May, Kenya will be reporting in excess of 10,000,” KJ, as he is popularly known stated.

To combat what he referred to as the real situation, he then shared suggestions on how the government should go about ensuring the safety of its citizens.

“Kenya Government must forthwith communicate the gravity of the real situation without sugarcoating anymore. Let Kenyans know how bad things are about to get. They will be better equipped to make personal decisions and put up with government decrees, measures, and restrictions,” the Dagoretti South MP recommended.

The MP urged the national government to set up isolation centers across the country that could host thousands, adding that county governments were not equipped to handle what could potentially come next.

“This cannot and must not be left to county governments. Again, even they don’t know yet just how hard this thing is about to hit Kenya,” he stated.

He asked the government to stock up on masks and ventilators from wherever they could find them, and even ‘beg’ or ‘steal’ some if that was what it would take to secure the future of the nation.

“Health Committee in Parliament will have to take leadership on the legislative response to this disaster.  A Kenya Covid-19 Bill is long overdue. Kenya Parliament must step up to the plate. Sorry, populist pay cut stories won’t help here,” he further stated.

He also openly criticized the government for missing out on what he called ‘key milestones’ such as the closing of national borders in time, which he felt would have helped stop the virus.

“We’ve missed critical milestones and that is why we are here!  This is an imported disease! If we just kept our borders closed we would not be in this mess,” KJ remarked.

The legislator urged the government to step up and secure the health and safety of its citizens, urging everyone to treat the situation with the urgency it deserves.

“The Government of Kenyan must come out and admit that the government cannot handle what is coming alone. No drought, Bomb blast, Terror attack, Westgate, or disaster we have known before is anywhere close to what is coming. We need a “Kenyans for Kenyans” to the power of 100 to even barely survive,” he urged.

His explosive rant came a day after CS Kagwe announced 7 more cases of patients who tested positive for Covid-19, bringing the total tally to 38