GlobalTrending News
By Correspondent On Mar 30, 2020 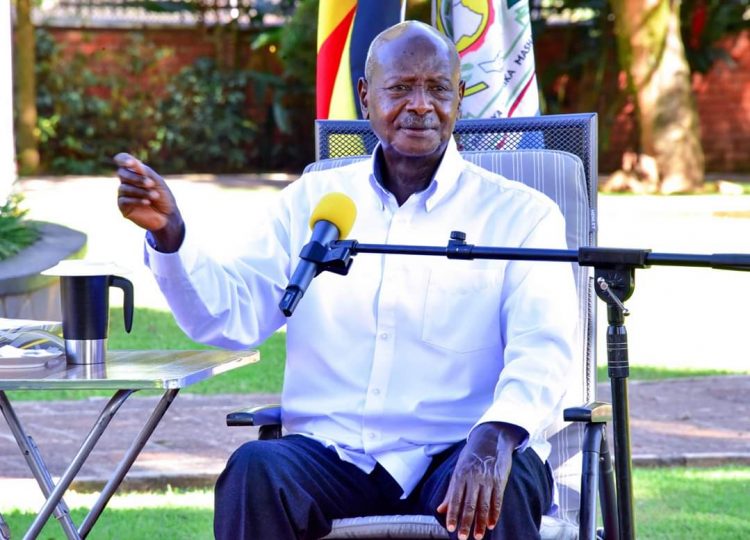 KAMPALA — President Museveni has on Monday night announced a ban on all people-to-people movements for 14 days as Uganda enhanced stricter guidelines to stem the Coronavirus spread.

The president also announced a shutdown of government services, except for the army, police, health services and essential services.
The East African country had registered 33 cases by Monday, March 30 night.
Announcing the strict guidelines and a ban on private transport and people movements, Mr. Museveni said this has been done because some private car owners had turned their vehicles into public transport vehicles “without license”, saying such and the general indiscipline among the population was dangerous.

“We have therefore decided to error on the side of caution. We must deny the virus the fuel to move,” he said.
This ban on movement of private vehicles takes effect 10 p.m on Monday, March 30 night, while the president announced the 14-day curfew would begin at 7 p.m on Teusday March 31. He said the new measures take effect on April 1, 2020, adding that it was not a “fool’s day measure” but rather “a wise day” measure.

The President has declared that supermarkets should remain open but while following standard operational procedures (SOPs) that should restrict the number of buyers entering at a time. Trolleys used must also be disinfected as a precaution.

The other additional measure is that established food markets in Kampala and other towns should continue to be open. But the square distance of four metres must be observed. Also, the sellers must remain at the market or factory area for 14 days.

Factory owners should arrange for essential workers to camp at the factories or close. Saloons and lodges must also be closed, while Construction sites should continue if they are able to encamp their workers at the site, Mr. Museveni

Critical services such as telephones, banks, private security, cleaning services, petrol stations, fire bridage and some KCCA staff should continue to operate it was announced. URA, UNRA and funeral services should also carry on with operations.
Mr. Museveni asked employers to find ways of encamping their workers within their vicinities.
Cargo transport within Uganda and between Uganda and the outside must continue but only with limited numbers. Lorries must not be more than three occupants. Cargo planes must have only the crew.