A man is accused of posing as a police officer before allegedly raping two women who were staying at a hotel in coronavirus isolation.

The 31-year-old, who can’t be named for legal reasons, is charged with two counts of rape and impersonating police after the alleged sex attacks at a hotel in Adelaide‘s CBD on Friday night.

Adelaide Magistrates Court on Monday heard the first alleged victim answered a knock at her door at about 8.30pm, with a man telling her he was a policeman and producing a form of ID.

The man told the woman he was checking on her welfare amid the COVID-19 pandemic, so she let him in her hotel room, the court heard.

Prosecutors told the court the man handcuffed her to the lounge before pulling a handgun from his jacket.

The first victim answered a knock at her door to a man she thought was a police officer at around 8.30pm on Friday. She was then allegedly raped and handcuffed to the sofa

The man then demanded money, and the woman handed him $400, the court was told.

But he allegedly showed her his gun a second time, prompting her to give him another $6,200.

‘She stated to him that she would have no money to buy food so he handed back $400,’ prosecutors told the court, according to the ABC.

Prosecutors told the court the man forced the woman into the bedroom and raped her several times.

At about 10.45pm the same night, the man allegedly entered another woman’s hotel room. 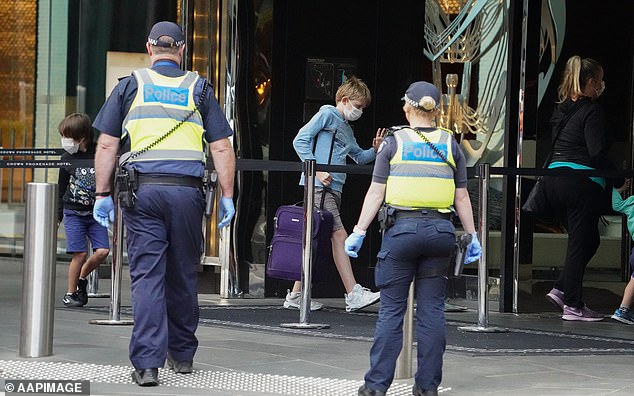 Again, the man allegedly showed the woman the handgun inside his jacket.

‘He told her that she would go to prison if she was not quarantining and the only way she would not go to prison is if she had sex with him,’ prosecutors told the court.

It’s alleged the man told the woman’s male friend to wait in the bathroom while he raped her. 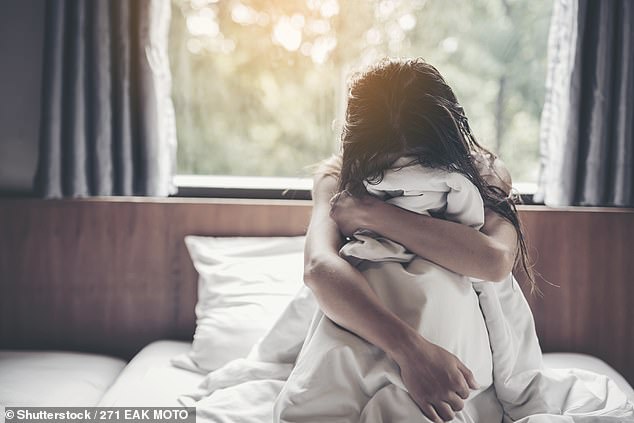 The man’s lawyer said her client denies all allegations.

His bail application for home detention was denied. He will return to court in July.

Thousands of Australians are currently being quarantined under police guard in hotels around the country after returning home from overseas.

All arrivals at international airports will be under the close watch of border force officials for their 14-day isolation period, before getting the all clear to return home.

Border force guards are understood to be watching each floor, with those in isolation warned they will be handed $1000 on-the-spot fines if they leave their hotel room.

Australia’s confirmed coronavirus cases has soared to 4,220, and 18 people have died.

The government is now enforcing new rules limiting gatherings to two people unless with immediate family.

A Sydney man is already behind bars for allegedly flouting his home self-quarantine twice on Saturday before trying to leave the serviced apartment in which he had been confined.