Health care and WellnessTrending News
By Correspondent On Apr 2, 2020 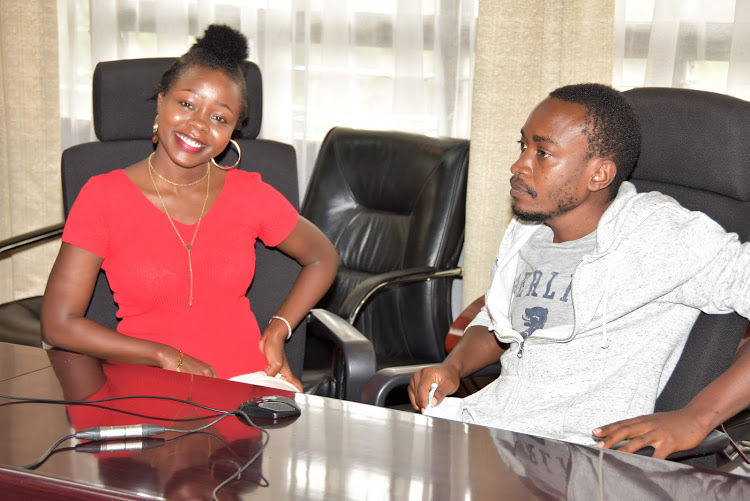 Two Kenyans announced to have recovered from Covid-19 have gained some immunity against the virus, doctors said yesterday.

A doctor who oversaw the treatment of Brenda Ivy Cherotich and Brian Orinda, however, said it is not clear how long such immunity could last.

As such, Brenda who was known as Patient 1, and Brian (Patient 2) will need to practise social distancing and take precautions like every other Kenyan.

“But we’re not sure if you get lasting immunity. We expect that people develop immunity but we’re not sure for how long,” she said yesterday after Brenda and Brian had a teleconference with President Uhuru Kenyatta.

Ombajo said even with the experience of other countries, it remains unclear whether people who recover from Covid-19 will be immune to reinfection and, if so, how long that immunity will last.

“In principle, yes it does confer some immunity. But for how long we don’t know,” Aluoch told the Star.

“Smallpox infection confers 100 per cent immunity, flu is limited immunity but for Covid-19 we do not know how long. It is just three months after the first case was reported,” he said.

Prof Peter Doherty, an Australian immunologist and the 1996 Nobel Prize winner in Physiology of Medicine, also recently said reinfection with coronavirus is unlikely.

“I would think even if it was reinfection, that your prior infection would give you very rapid immunity and you would recover very quickly,” Doherty said.

Doubts on immunity to coronavirus arose in late February when a woman in her late 40s who had been discharged from hospital in Osaka, Japan, tested positive a second time.

More worrying was research from Guangdong province in China that reported that 14 per cent of recovering patients had also retested positive.

But scientists theorise that reinfection is unusual unless someone’s immune system was not functioning right.

“We have done repeat testing and we have discharged them. There’s been a very strong team of health workers who have managed them and they have done well.

“This is a disease that can be controlled. Most people get very mild symptoms and do well. Don’t stigmatise one another and follow the instructions given on social distancing.”

Brenda, 27, said she travelled to the United States, last year, landing in Texas on December 19.

“When I finished my stay, I went to Chicago and during a layover had interaction with people. I took a flight to London, and that’s where I think I was infected.”

“When I landed in Nairobi, I had a cough for three days and as a patriotic and responsible Kenyan, I watched the response of my body for three days. In the US, I saw Mbagathi [County Hospital] had an isolation centre. So I took myself to Mbagathi. The medics took me seriously and gave me a mask. I have been quarantined for 23 days, I was being treated well,” she said.

Brenda said there was intense interest around her being the first patient in Kenya.

“The nurses were under pressure, this was the first patient, they had never seen this before. Sometimes I was very emotional,” she said. On Tuesday, she wrote on her Facebook page: “If tables were turned and only young people could die from Covid-19, the older generation would’ve done EVERYTHING to save us. Social distancing for their sake ndio tumeshindwa?”

Brenda was Miss Tourism Kenya for Kericho County in 2018.

Brian was one of Brenda’s contacts.

“When Brenda’s results came, they took me to a government facility and showed I was positive. The government treated me for two weeks. I have recovered now and I am feeling much better,” he said.

“I was speaking to my aunty and the fact that I had coronavirus. She can’t believe it’s real. I want to tell Kenyans it is here and they should take precaution and do what the government is telling them.”

The World Health Organisation (WHO) says people remain contagious for up to a fortnight.

Brenda and Brian have already completed that period and multiple tests showed they do not have the virus, which means they’re no longer infectious.

President Uhuru thanked the two and said they should not be stigmatised.

He noted the virus did not come to Kenya through Brenda. Uhuru said Brenda was referred to as Patient 1 to keep her anonymous.

I was speaking to an aunty and the fact that I had corona she can believe it’s real. I want to tell Kenyans it is here and they should take precaution and do what the government is telling them
Brian
The President said Brenda should be praised because she helped stop any spread of the virus by presenting herself to hospital and revealing people she had met since arriving in the country.

The President added, “Let us follow Brenda and Brian’s example. As the two young people before us are telling us, we can contain the disease and treat it and get out of it.”

Uhuru urged other Kenyans who have tested positive for the virus to come out.

“There is no stigma in telling Kenyans I have a problem, especially if its a treatable problem and you haven’t brought it upon yourself.”

“You risk your lives to save others. Do not think your work goes unappreciated and we hope through your work many more Kenyans will go on to celebrate as Brenda and Brian are celebrating today.”

Uhuru apologised for the violence of the police at the start of the nationwide curfew last week.

The police killing of a 13-year-old boy at their balcony in Kiamaiko, Huruma estate in Nairobi, brought to three the number of innocent people killed by the cops as they enforced the curfew

How I Beat COVID-19 – Brenda narrates