No nation should ever underestimate Ghana; it has great potential to change the world – Dr. Martin Luther King Jnr. once said 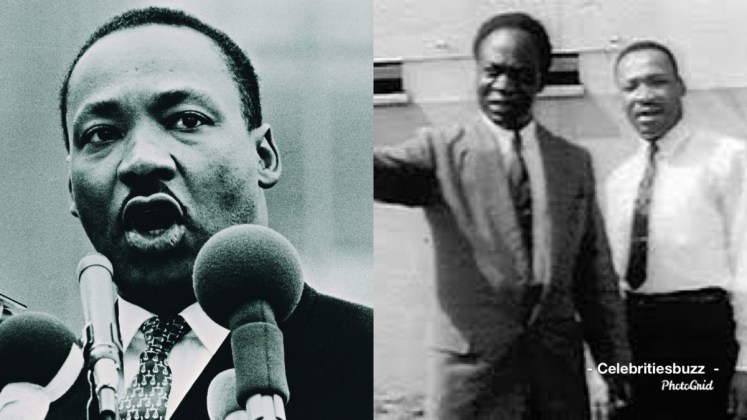 Dr. Martin Luther King delivered a message in the United States of America after he had visited Ghana and struck a friendship with then Prime Minister Dr. Kwame Nkrumah.

The message he titled “The Birth Of A New Nation’ was premised on the struggle of Ghana in achieving its independence from British rule.

According to the famous revolutionist, Ghana has what it takes to be at the same level or above nations like the US and UK. 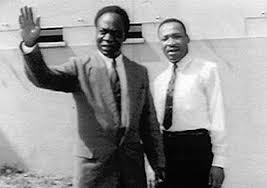 As Ghana goes through these hard times together with other nations, we must lead the way and fight against any pandemic just as we led the way to Africa’s liberation

Read Excerpts of what he said below:

After Nkrumah had made that final speech, it was about twelve-thirty now. And we walked away.And we could hear little children six years old and old people eighty and ninety years old walking the streets of Accra crying: “Freedom! Freedom!” They couldn’t say it in the sense that we’d say it, many of them don’t speak English too well, but they had their accents and it could ring out “free-doom!” They were crying it in a sense that they had never heard it before. And I could hear that old Negro spiritual once more crying out: “Free at last, free at last, Great God Almighty, I’m free at last.”

They were experiencing that in their very souls. And everywhere we turned, we could hear it ringing out from the housetops. We could hear it from every corner, every nook and crook of the community. “Freedom! Freedom!” This was the birth of a new nation. This was the breaking a loose from Egypt.

And also he plans to work toward the whole problem of increasing the cultural standards of the community.

Still, ninety percent of the people are illiterate, and it is necessary to lift the whole cultural standard of the community to make it possible to stand up in the free world. Yes, there is a wilderness ahead, though I hope that even people from America will go to Africa as immigrants, right there to the Gold Coast and lend their technical assistance.

For there is great need and rich, there are rich opportunities there. Right now is the time that American Negroes can lend their technical assistance to a growing new nation. I was very happy to see already, people who have moved in and making good.

The son of the late president of Bennett College, Dr. Jones, is there, who started an insurance company and making good, going to the top 10

A doctor from Brooklyn, New York, had just come in that week and his wife is also a dentist, and they are living there now, going in there and working, and the people love them.

There will be hundreds and thousands of people, I’m sure, going over to make for the growth of this new nation. And Nkrumah made it very clear to me that he would welcome any persons coming there as immigrants and to live there. Now don’t think that because they have five million people the nation can’t grow, that that’s a small nation to be overlooked.

Never forget the fact that when America was born in 1776 when it received its independence from the British Empire, there were fewer, less than four million people in America, and today it’s more than a hundred and sixty million.

So never underestimate people because it’s small now. America was smaller than Ghana when it was born.