Trending News
By Correspondent On Apr 6, 2020 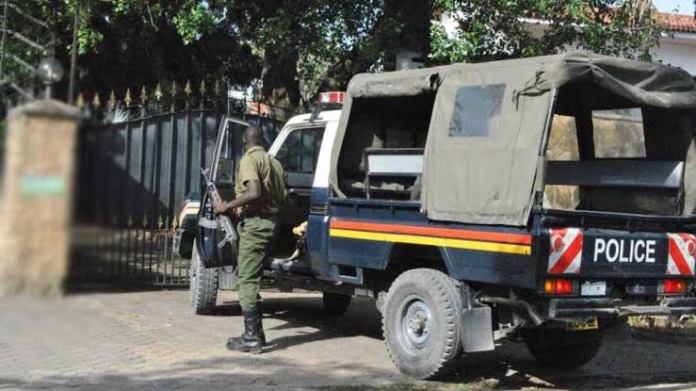 A Police Corporal attached to a Cabinet Secretary, a Directorate of Criminal Investigations (DCI) detective and two Kenya Defence Forces (KDF) soldiers were among twelve people arrested when police raided a Kangundo Road bar in Nairobi for defying the nationwide curfew on the night of Sunday, April 5.

The officers were taken to Buru Buru Police Station and were also accused of being drunk and disorderly.

The two Kenya Defence Forces (KDF) soldiers are both rank of Warrant officers.

Among measures taken by the government to curb the spread of coronavirus in addition to the curfew has been to order the closure of all bars and entertainment joints.

The Ministry of Health in its daily press briefings has reiterated the need for Kenyans to adhere to the government directives on the Covid-19.

Appearing at the press conference on Sunday, April 5, Transport Cabinet Secretary James Macharia put matatu and boda boda operators on notice, warning  that they would face severe consequences if they failed to observe measures on safety and hygiene.

Macharia stated that matatu operators found contravening the directives will be arrested, charged and have their SACCO licences revoked, in addition to having their vehicles impounded.

Boda boda riders, required to wear masks and carry only one passenger in addition to observing sanitation measures, were threatened with similar actions.

“We have observed that the set directives are not being strictly followed, for example, most matatus are still overloading, hence not observing social distancing. They are also not observing standards of hygiene as per the set guidelines,”

“This directive applies to all public transport vehicles and the offenders will be charged in a court of law in line with the Public Health Act, for deliberately spreading the virus,” he stated.

As of Sunday, April 5, Kenya had a total of 142 confirmed cases of Covid-19, with four recoveries and four deaths.

The cases are so far spread across seven counties, with the government urging Kenyans to strictly adhere to measures meant to ensure physical distancing to curb its spread.

6-Yr-old Boy who succumbed to Coronavirus may have exposed many to the virus, doctors say