Controversial Politician and former presidential aspirant Mohammed Abduba Dida has declared his full belief in a young Kenyan who has joined the ongoing race to come up with a vaccine for the Coronavirus disease.

Already, scientists around the globe in a rush to come up with a medication that can save the globe from the deadly menace, which is currently sweeping across the world, leaving behind deaths and confusion.

In Kenya, one Walter Ouma Ochieng has gained popularity after images of him extracting substances from bats, purportedly in the process of trying to create a solution to the vaccine, emerged online.

The Alliance for Real Change (ARC) leader is now calling upon Kenyans not to downplay him, noting that he might end up realizing his goal and should not, therefore, be dismissed as a joker.

In a tweet on late night Tuesday, he stated that with aid from the government to further his studies and research, Ouma could end up doing the unimaginable and produce the vaccine the world badly needs.

“When Leonardo Da Vinci dissected the heart of a dead man to make the first known description of coronary artery disease, he was called mad. This is Walter Ouma Ochieng, trying to find COVID 19 vaccine. I believe in him. He needs govt support to further his education and research,” he said. 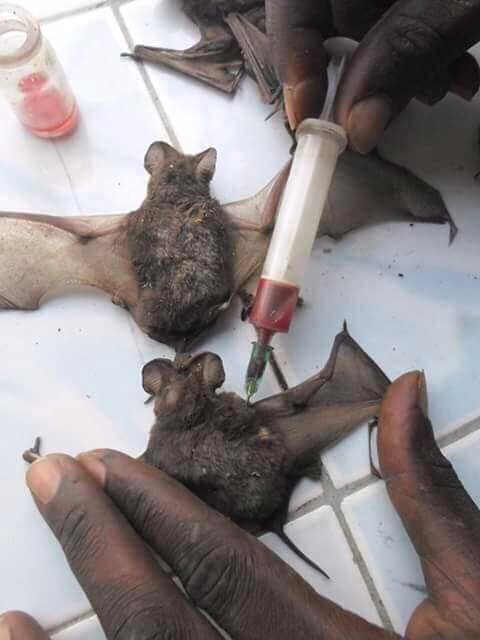 The remarks come at a time when the race to develop the same has intensified, a struggle that has once again subjected Africans to racial mistreatment, after they were proposed as lab rats for testing the vaccine.

The proposal was made by two French doctors during a recent interview with French LCI television channel, remarks that have been condemned by Africans.

On Monday, World Health Organization (WHO) Secretary General Tedros Adhanom Ghebreyesus opened up on the issue, confirming that Africans will indeed not be used as lab rats as was proposed.

“When we needed solidarity these kind of racist remarks will not help. It goes against the solidarity. Africa will not be a testing ground for any vaccine,” he stated.

The proposal has also been questioned by soccer legends Samuel Eto’o (Cameroon) and Didier Drogba of Ivory Coast, who have as well found the remarks racial and unfortunate.

When Leonardo Da Vinci dissected the heart of a dead man to make the first known description of coronary artery disease, he was called mad. This is Walter Ouma Ochieng, trying to find COVID 19 vaccine. I believe in him. He needs govt support to further his education and research. pic.twitter.com/kxneGQSNxu

Kenya is the worst hit in the East African region with 172 cases. The toll numbers of infections have been on the rise despite the government’s attempts to flatten the curve, including by introducing a curfew.

REVEALED: The Three ‘Diseases’ That Raila is Suffering From