Why Matiang’i, Kagwe made an impromptu night trip in Nairobi

NationalTrending News
By Correspondent On Apr 8, 2020 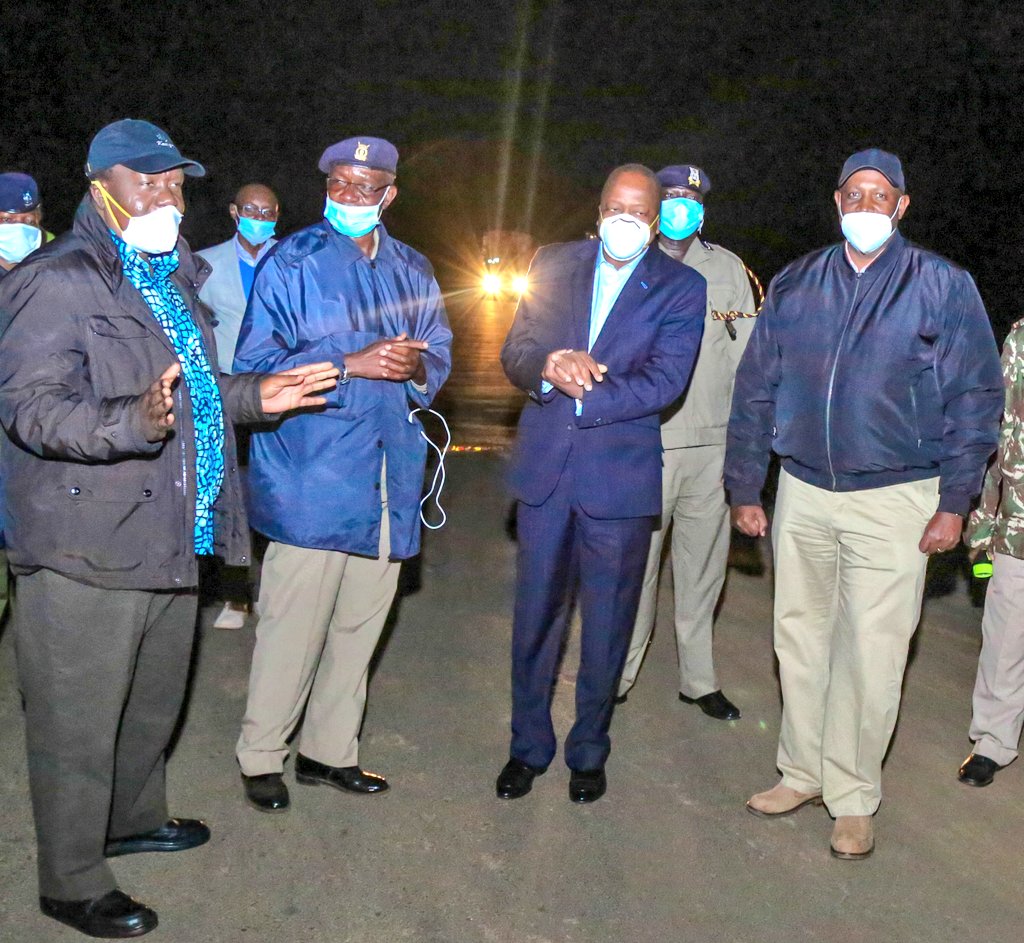 Ministry of Interior Cabinet Secretary Fred Matiang’i and Health CS Mutahi Kagwe made an impromptu visit at the Rironi roadblock to ensure foodstuffs are allowed into Nairobi.

The two Cabinet Secretaries made way to Rironi in Kiambu at around 9:30 pm on Tuesday, April 7 to issue instructions to police officers manning the roadblock.

Matiang’i and Kagwe ordered the officers to grant access to vehicles ferrying foodstuffs in order to proceed with their journey to Nairobi.

They, however, urged the vehicles to be allowed in only if they had not more than three occupants including the driver.

We commended the personnel stationed at both sites and urged them to remain resolute in the enforcement of these new measures. The Govt encourages all Kenyans to comply with the new directives governing the movement of persons in an effort to combat this pandemic #KomeshaCorona pic.twitter.com/DrYIYO19oz

The duo, however, added that the transporters needed to have proper certification in order to be allowed to pass the roadblock.

The officers were also instructed not to allow any other vehicles to gain access into the city if they did not meet the above criteria.

On Monday a driver who was going to deliver flour in the neighbouring Machakos county was brutally beaten by the police in Kigumo and left to nurse serious head injuries, a broken arm and a broken leg.

President Uhuru Kenyatta on Monday, April 6 announced a cessation of movement in four counties worst hit by the Covid-19 pandemic.

“There shall be a cessation of all movement by road, rail or air in and out of the Nairobi metropolitan area and the three other counties.”

The move led to hundreds of Kenyans spending the night out in various roadblock at Nairobi entry points after they failed to beat the 7 pm curfew.

Kenyans on Tuesday devised ways of beating the set roadblocks by using alternative routes such as riverbanks.