CountiesTrending News
By Correspondent On Apr 9, 2020 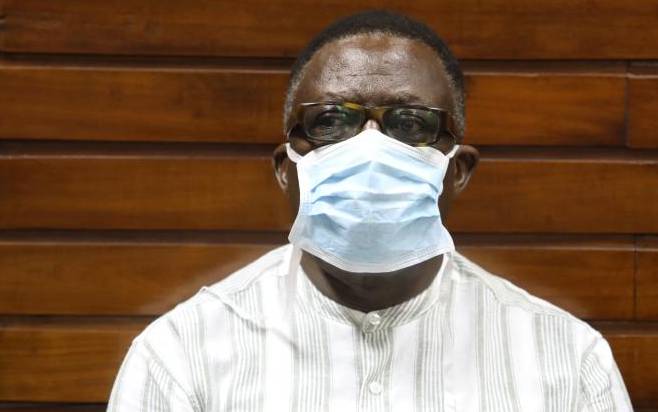 Kilifi Deputy Governor Gideon Saburi was on Thursday charged for defying a government directive to self quarantine over the coronavirus.

Appearing before Resident Magistrate Rita Amwayi, Saburi was charged that on diverse dates between March 6 and March 22, 2020, while suffering from an infectious disease namely COVID-19, he willfully and unlawfully exposed himself in public, without taking any precautions.

The deputy governor pleaded not guilty.

Magistrate Amwayi, however, directed that Saburi be detained until April 15, 2020 when the court is expected to rule on his bail application.

The court also asked that the Ministry of Health avails test results to prove that Saburi had indeed been diagnosed with COVID-19.

This is after Saburi’s lawyers rubbished the prosecution’s argument that he had been directed to go into self-quarantine after returning to the country, saying there is no evidence hence it should not be used in court.

The defence also complained over what they termed as external influence in the case, citing President Kenyatta’s recent remarks revealing that he personally ordered Saburi be arrested and further saying he hoped the deputy governor is handed a jail term of up to 10 years.

The prosecution, however, dismissed the claim insisting that they were acting independently.

Earlier, Magistrate Amwayi dismissed an application seeking to have the Kilifi Deputy Governor detained for 14 days at Manyani Maximum Prison pending completion of investigations into the case.

The Magistrate, in her ruling, noted that if Saburi is remanded at Manyani prison, he could pose a health risk to other inmates if indeed he had tested positive for the coronavirus.

The court noted that the Prosecution had not presented evidence showing that Saburi had tested positive for COVID-19 or had travelled to a coronavirus affected country and directed to go on self quarantine.

The Kilifi Deputy Governor has been in police custody since April 3, when he was discharged from the Coast General Hospital after the Ministry of Health confirmed he had recovered from the coronavirus.

Raila,Ida to Donate Assorted Supplies worth 15 Million To Kibra residents

Botswana President and 63 MPs placed under quarantine after nurse who tested them for COVID-19 contracts the disease.