We were misled, Kirinyaga MCAs say as they drop Waiguru impeachment bid

CountiesPolitics
By Correspondent On Apr 10, 2020 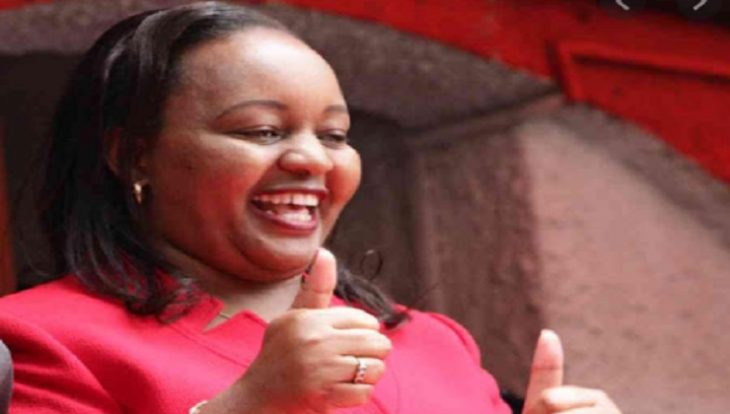 A section of Kirinyaga County MCAs say they have lost interest in impeaching Governor Anne Waiguru.

The ward reps, who had signed to have Waiguru removed from office, now claim they were “misled”.

The MCAs, seven in number out of the total 33, accompanied Waiguru to Kagio Market on Friday, April 10 for COVID-19 sensitisation campaign.

Led by Kangai Ward Representative, John Gitari, the MCAs apologised to the county chief, saying someone “misled” them to support the ouster bid. The ward reps, however, did not reveal the identity of the person who “misled” them.

Gitari said they decided to change their mind after Jubilee Party said it wasn’t in support of the Waiguru-removal plot.

The seven MCAs comprise three elected ones and four nominated ones.

They said they will now file a formal application to have the Majority Leader in the County Assembly, Kamau Murango, removed from the position. This, after Jubilee Party Secretary-General Raphael Tuju, in a letter dated April 2, said the party had resorted to depower the majority leader.

Waiguru, on her part, termed her ouster plot as “ill-advised”.

On April 2, Jubilee Party MCAs in Kirinyaga received letters from Tuju asking them to drop their quest to impeach area Governor Anne Waiguru.

In the letters, Tuju said such a move will derail the Party’s political agenda.

The Sec-Gen. was said to have threatened the ward reps with unspecified disciplinary action should they throw their weight behind the impeachment motion.

In a letter dated April 2, and addressed to Jubilee Party MCAs in Kirinyaga, Tuju stated that the Party did not support, in any way, the Waiguru impeachment plot, and “should therefore be extinguished as soon as possible”.

Tuju said such a plan “derails the Party’s agenda both in the county and nationally”.

To show that the Party was angered by the MCAs’ decision to remove Waiguru from office, Tuju announced that Jubilee had depowered the Majority Leader in Kirinyaga County Assembly James Kamau Murango.

Tuju said Kamau was stripped of the position because of his support of the Waiguru impeachment plot.

The secretary-general termed as “frivolous” and “personal” the complaints lodged against Governor Waiguru.

In a letter dated April 2, Njoka told the Speaker that he won’t allow the County Assembly to have more than ten MCAs during each session until the Government directive on public meetings is lifted.

Kirinyaga Woman Rep, Wangui Ngirici, who is a staunch critic of Governor Anne Waiguru, urged the MCAs to ignore Njoka’s “threats”, saying he had no powers to limit the number of ward reps attending sessions in the County Assembly.

Ngirici said she supported the Waiguru impeachment motion, and that Raphael Tuju should not flex his Party muscle on a legal process.

Wangui said the County Assembly resolved to remove Waiguru from the office of the County Governor of Kirinyaga pursuant to Article 181 of the Constitution.

He said the governor grossly violated the Constitution of Kenya by failing to deliver the annual State of the County address to the County Assembly.

Waguru was also accused of violating Public Procurement and Asset Disposal Act 2015 by usurping the powers of the Accounting Officer and establishing an irregular tender evaluation committee composed of her partisan staff namely Pauline Kamau and Wayne Gichira.

The two, Wangui said, take direct instructions from the governor and alternate as chairpersons of all major tender evaluation committees, which “award tenders to the governors preferred bidders”.

Wangui further accused the county boss of engaging in nepotism and favouritism in complete disregard of the provisions of the Law.

The MCA said the tender for upgrading Kagumo Market was awarded to Joames Investment Limited without following the due process but implemented by a different company, Master Rock Construction Company.

Waiguru was also accused of receiving allowances amounting to Ksh10 million for alleged foreign travel which she never undertook.

It was said Waiguru enjoyed support of six MCAs, with 27 claimed to be against her at the time the motion was tabled in the County Assembly.

With the seven now on her side, it remains to be seen how the impeachment bid will end.

Botswana President and 63 MPs placed under quarantine after nurse who tested them for COVID-19 contracts the disease.