AfricaTrending News
By Correspondent On Apr 13, 2020 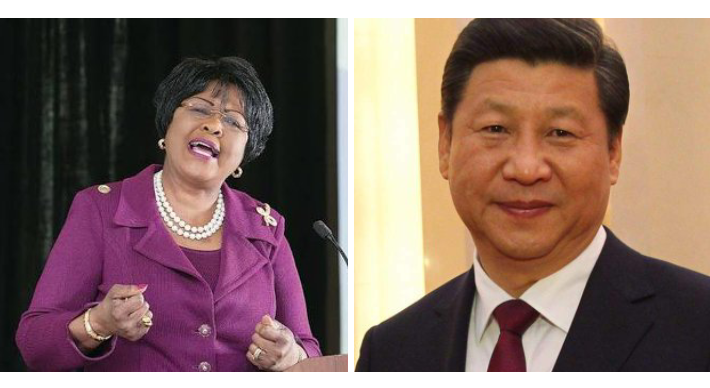 “I have watched in horror Africans roaming the streets of China with their possesions after being evicted out of their homes simply because they are Africans.

I have watched in horror women carrying babies,roaming the streets of China with nowhere to go after being thrown out of their homes simply because they are Africans.

I have many stories of Africans who are married to Chinese being separated from their husbands or wives simply because they were Africans.

I have stories of Africans being forced to take COVID-19 tests simply because they are Africans.In many cases these individuals didn’t met the cretia for testing or they have been quarrantened for a specified time period as mandated by under their pandemic laws of china..

Not once have I ever heard any complaints of any african disobeying under their pandemic laws of China.
Why is it then that Africans are being singled out and mistreated.This situation is not accceptable.It is wrong and it will not be tolerated.

To president Xi,I say while you have enjoyed good relationships with all the African leaders,it is precisely because of that,that you should do the right thing.

You are sittting in the big boys chair and we are asking you to make the big boy decision.We are counting on you to make sure that the Africans that are roaming the streets and have been evicted from their homes be allowed to go back home.

As we speak president Xi Jinping,may I remind you that we have over 10 Million Chinese residing in Africa where we have welcomed them with open arms.We have allowed the Chinese to establish themselves to marry Africans and live happily ever after in our Africa.

Why can’t Africans be awarded the same welcome that we have given to millions of your citizens?What is being Done to Africans in China is deplorable and the world can’t stand by and allow it to continue.

While we understand that the majority of the Chinese are good people,they are good citizens in china as well as in Africa,how ever sadly among them they are few bad apples?

President Xi,you are a good man.and we would like the relationship between China and African governments to continue unabated.But the behavior that is coming from a few of your citizens will not be tolerated and we are counting on you to do what is right,to do what is just and to do what is fair.

The Africans are no longer going to tolerate this abuse from the Chinese or anbody else for that matter.
The African youths are enraged!We are asking ,when is enough going to be enough?

President Xi,power is in your hands.We value as Africans our relationships with China.Please do not allow a few bad apples within your citizens to ruin what is otherwise the wonderful relationship between China and the African Countries.
As a united African Citizens in the Diaspora,we are asking you president Xi to do what is right,to do what is just and to do what is fair.

The Children of Africa are saying,”ENOUGH IS ENOUGH!”

The abuse of Africans at home and abroad be it in china or on the continent,it has to stop.

You may not be aware of these abuses,but as a united Africans citizenry in the diaspora,we hope you will receive our message in the spirit within which it is being delivered to you.

You are a good man president Xi,we trust you,you’ll do the right thing.
I Thank you.”

“African soil can feed the whole of Europe, America, Asia but their problem is just one, “THEIR LEADERS” – Vladimir Putin(VIDEO)