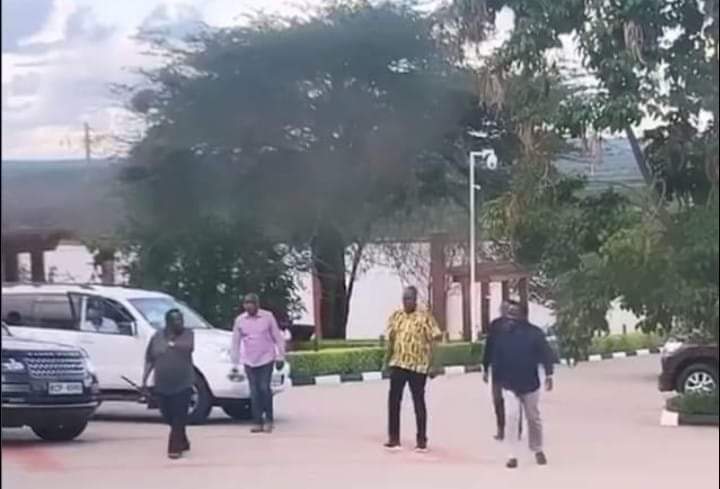 Reports have emerged that ODM chief Raila Odinga held a meeting with a number of politicians opposed to the candidature of Deputy President William Ruto.

Murathe return weakens Ruto’s grip on Jubilee Party” The meeting was held in Kajiado county with new formations ahead of 2022 elections and matters of national unity also forming part of the agenda.

On his part, Murathe said that they were not afraid of moving on adding that they would move to form a bigger formation that has the interests of national unity.

“Ruto can have Jubilee, Murathe says after Atwoli – Raila meeting”

“It is not like we cannot move on. And if it is the party, we can move on to a bigger house than Jubilee. People can expect new formations. Nothing stops us from broadening and in post Coronavirus, I believe the country needs a new formation which focuses on uniting the nation and rebuilding it.

This cannot work if we have some people whose focus is in 2022. The DP only woke up when he felt his position in Jubilee was threatened. Even if we would still be in charge of Jubilee, we would want it to extend the arm to other parties,” Murathe said.

This came the same day that Tanga Tanga blogger and former State House insider Dennis Itumbi claimed that Atwoli had hosted the meeting a ulterior motive to block DP Ruto’s ascendance to the top seat.

Ruto himself claimed that outsiders had infiltrated the party with the sole purpose of destroying it while absorbing the president from any blame.