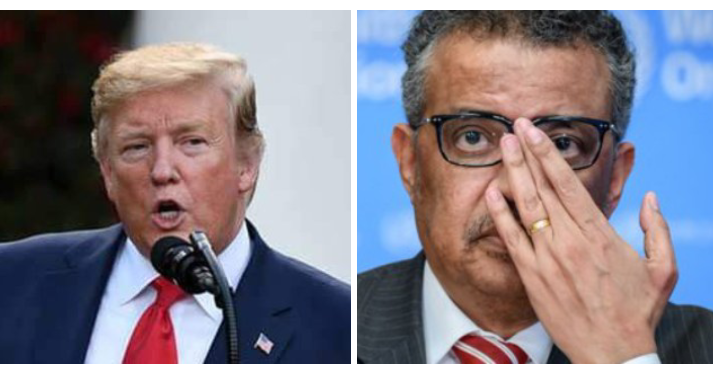 Donald Trump was condemned for putting countless lives at risk on Tuesday when he announced the US is freezing payments to the World Health Organization (WHO) over its handling of the coronavirus pandemic.

Trump said funding would be on hold for 60 to 90 days pending a review of the WHO’s warnings about the coronavirus and China.

He accused the global body of “severely mismanaging and covering up” the threat, even though it declared a public health emergency on 30 January – after which he continued to hold rallies, play golf and compare the coronavirus to the common flu.

Critics were stunned at the move to cut money from a critical UN agency during a global pandemic. António Guterres, the UN secretary general, declared now was “not the time to reduce the resources for the operations of the World Health Organization or any other humanitarian organization in the fight against the virus.

“As I have said before, now is the time for unity and for the international community to work together in solidarity to stop this virus and its shattering consequences,” he said in a statement.

Lawrence Gostin, a professor of global health at Georgetown University, told the MSNBC network: “Without a WHO that’s empowered there will be many, many more deaths, and not just as it marches through sub-Saharan Africa, which is next, but also here in the United States.”

America contributed more than $400m to the WHO last year, making it by far the biggest donor. The organization’s budget for 2018-2019 was around $6bn.

Speaking in the White House rose garden, Trump said: “With the outbreak of the Covid-19 pandemic, we have deep concerns whether America’s generosity has been put to the best use possible. The reality is that the WHO failed to adequately obtain, vet and share information in a timely and transparent fashion.”

He added: “If we cannot trust them, if this is what we will receive from the WHO, our country will be forced to find other ways to work with other nations to achieve public health goals.”

The WHO failed in its “basic duty and must be held accountable”, the president went on.

But critics said the move fit two distinct Trump patterns. One is his long antipathy towards multilateral organisations; for example, he also used a rose garden event to announce the US departure from the Paris climate accords. The other is an attempt to blame others for his own inaction in combatting the coronavirus; on Monday, he accused the media of downplaying the dangers.

Doctors in Australia suspect that Coronavirus may spread through farting.