CountiesPoliticsTrending News
By Correspondent On Apr 20, 2020 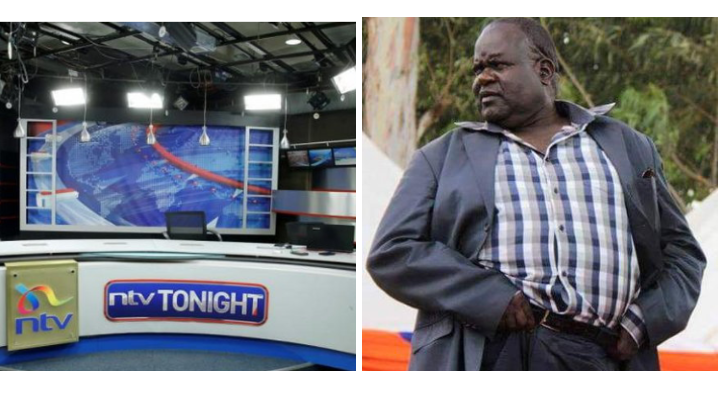 A Governor chased away NTV journalists just minutes before they were scheduled to go on air.

The incident took place at Homa Bay Governor Cyprian Awiti’s home in Karen on the evening of Sunday, April 19, as the crew prepared to interview him over the controversial Covid-19 story.

Speaking during the 9 p.m. news, NTV Anchor Dennis Okari disclosed that the network was seeking a sit-down with the Governor to clear the air on the matter in which a family travelled from Nairobi with an empty coffin in an alleged scheme to dodge roadblocks.

Awiti had initially agreed to the interview but reportedly changed his mind after a family member claimed the burial plans were legitimate and that their vehicle had been confused with another one.

“We wanted to speak to the Homa Bay County (governor) Cyprian Awiti who is the one who informed the Health CS (Mutahi Kagwe) about this.

“He agreed to the interview and we sent out a crew to his house in Karen because he is not in Homabay but a few minutes to airing this broadcast he turned our crew away and declined to give us an interview,” stated Okari.

Kagwe, in his Saturday, April 18, briefing, had pointed out that a family, arguably from Homa Bay County, had carried an empty coffin in the truck they were travelling in and duped the officers at the roadblocks that they were going for a funeral.

“Those people travelled all the way from Nairobi to Homa Bay during this period when we have stopped movement. Thanks to the Homa Bay administration, somebody got suspicious, opened the coffin and found out that it was empty,” noted Kagwe confirming that the driver of the vehicle had tested positive.

Speaking to the press, Charles Juma, the brother to the driver, confirmed that indeed his kin travelled to Homa Bay with the empty coffin but it was a genuine cause where they were going to bury their loved one.

“The story that was reported yesterday, was mixed up with another story that took place on Tuesday, April 14. The vehicle that was mentioned came from Dandora, Nairobi, and the government can confirm this.

“There are two vehicles that left Nairobi, one carried the empty coffin and the other carried some passengers. The person that was going to be buried in Homa Bay was different from the person that was buried on Tuesday,” stated Juma.

“The person who was reported was female but the person that was going to be buried was male and he is called Milton Obote,” he clarified.