Corridors of PowerCrimeTrending News
By Correspondent On Apr 21, 2020 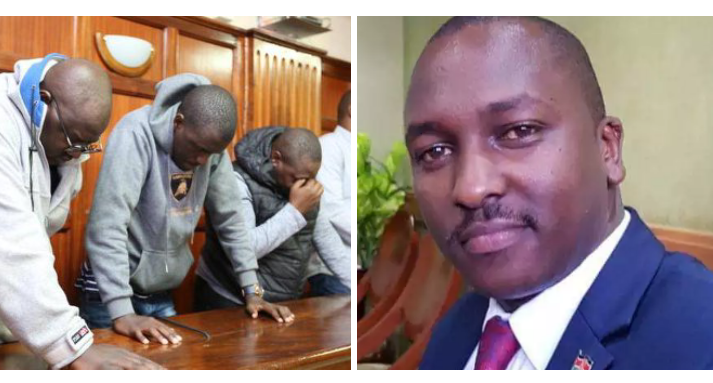 The DCI has summoned three police officers attached to the office of Deputy President William Ruto for interrogation in connection with the murder of Sergeant Kipyegon Kenei.

Kenei was a security guard at Ruto’s office before he was found murdered in his Nairobi house.

The summoning of the officials follows the analysis of data retrieved by sleuths from Kenei’s mobile phone.

The detectives based at the Directorate of Criminal Investigations headquarters along Kiambu Road in Nairobi say the data had been erased from Kenei’s phone.

The officers are expected at the DCI on Wednesday for interrogation. Kenei’s murder has been linked to investigations into the Sh40 billion fake arms deal scandal.

Sources privy to the probe told the Star Kenei was supposed to be off duty when former CS Rashid Echesa and other suspects in the scandal visited Ruto’s office.

The detectives said they have also summoned a close relative of Kenei to establish the officer’s last trip to his village. It is said Kenei looked disturbed when he last visited home in Rongai, Nakuru county.

The sleuths retrieved mobile phone numbers and other important information which they believe will help piece together Kenei’s mysterious death.

The information has allowed the detectives to narrow down their probe to key suspects who might have executed the murder.

“We are piecing together events from the statements, witnesses and what has been collected from the phone to understand how the crime was committed as well as anyone who took part,” an officer privy to investigations said.

“The data obtained include the last calls, people who were close to him during that time and the details of the communications.”

The data obtained has helped the officers, with the help of the Base Transceiver Stations and Triangulation, to establish the phone movements and what might have happened.

“They recovered the data and are now looking at the last calls, the details of the calls and they intend to build a strong case against the suspects.”

The DCI had said that powerful suspects behind Kenei’s murder restored his phone to factory settings, removed the SIM card and liaised with an employee of a mobile service provider to delete Kenei’s phone records in a bid to cover up the crime.

“Our colleague’s murder is 100 per cent linked to the ongoing investigations. It was not a suicide as initially perceived but pure murder, well-executed and stage-managed,” DCI director George Kinoti told reporters six weeks ago in his office.
-The Star