Health care and WellnessTrending News
By Correspondent On Apr 28, 2020 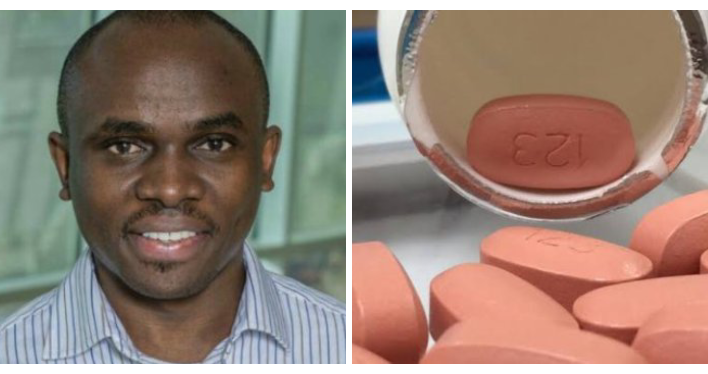 A US-based Kenyan scientist has unveiled the world’s first antiretroviral (ARV) drug to be taken once-a-year.

Prof Benson Edagwa and his colleagues at the University of Nebraska Medical Center modified an existing ARV drug – cabotegravir – to enable the body to absorb and release it slowly from tissues over 12 months.

“This occurs for extended time periods, and in laboratory and animal testing, up to a year,” said Prof Edagwa, who designed and produced the required modifications of the new product.

The new formulation will be given as an injection once a year.

The breakthrough was reported on Monday in Nature Materials, a leading peer-reviewed biomedical research journal.

The discovery means people living with HIV will not have to take drugs daily, as it is the case at the moment.

The new pill, according to the scientists, could also act as a vaccine for healthy people who take it and have unprotected sex.

It’s however, not a cure for HIV/Aids.

Prof Edagwa, a former Moi University chemistry student, co-developed the new formulation with Prof Howard Gendelman, a virologist and chairman of the Department of Pharmacology and Experimental Neuroscience at UNMC.

Edagwa, who comes from Vihiga, works as an assistant professor in the department.

The two scientists have tested the new drug on mice and non-human primates and found it safe and effective.

“To date, no adverse side effects have been demonstrated in any of the animal testing models,” the University of Nebraska Medical School said in a statement.

ARVs are well-proven to suppress HIV if taken consistently by infected people. This means the new product can act both as a vaccine for negative people and treatment for those already infected.

“Human testing has not begun, but the development necessary to achieve this goal is ongoing with the assistance of scientists from the Clinton Health Access Initiative,” UNMC said.

The university said they have also begun collecting requirements necessary to obtain US Food and Drug Administration approval to eventually enter the market.

Researchers in Kenya called the development a breakthrough.

Leading HIV researcher Peter Cherutich welcomed the good news. He said it could take nearly five years before the product enters the market.

“It will have to be shown in humans that it would achieve durable viral suppression for a year and, of course, supply chains and production lines will have to be established so we are looking at three to five years before availability,” Dr Cherutich told the Star.

He was the principal investigator of the recent Kenya Population-based HIV Impact Assessment survey.

Cherutich predicted the product would be well-received in Africa and would reduce healthcare costs.

“Clinic visits will be reduced, leaving health providers to provide other essential services like immunisations and also the patients would have more time for other economic activities. Supply chain would be easier and predictable and most likely cheaper,” he said.

HIV used to be a death sentence in the 1990s, but it is currently a chronic condition kept in check by daily pills.

Kenya has the fourth-largest HIV epidemic in the world with 1.5 million people living with HIV in 2019.

The virus is spreading fastest among the youth, who also report the highest levels of non-adherence to the rigorous daily pill schedule.

The new product has the potential to eliminate complications that arise from missing doses.

“This pharmaceutical development has the potential to not only treat but also prevent viral transmission,” said Gendelman, who designed the pharmacological testing. “This may certainly be a therapeutic milestone.”

Edagwa and Gendelman also credited a large team of scientists within the department for work on the project, including instructor Aditya Bade and graduate student Tanmay Kulkarni.

Head of the Kenya Treatment Access Movement James Kamau said: “This is groundbreaking and will take away the daily pill burden.”

Kamau was, however, concerned that once-a-year ARV would erode other gains like viral load monitoring which are carried out routinely when patients go to pick their ARVs.

“The question is: Why would we jump to a once-a-year ARV when we haven’t gotten a once a month one?”

Nelson Otuoma, head of Nephak, a network of people living with HIV, also welcomed the development.

“It’s good progress although it may take time before it’s available in Kenya,” he told the Star.

The cabotegravir drug or CAB was originally developed by ViiV Healthcare, a pharmaceutical subsidiary of GlaxoSmithKline that specialises in the development of therapies for HIV infection.

Edagwa and Gendelman created the year-long-acting medicine by chemically converting cabotegravir into a nanocrystal and allowing the body’s own enzymes to slowly convert the modified drug into an active form that can be slowly released from tissue stores.

Prev Next 1 of 134
You cannot print contents of this website.