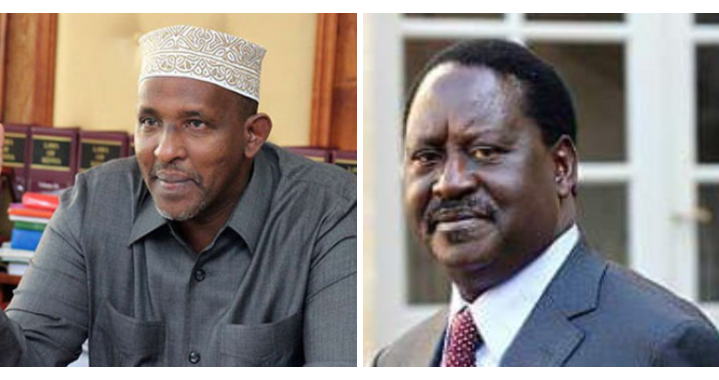 Majority Leader Aden Duale has warned ODM Leader Raila Odinga and his supporters to be a wary of a secret plan between President Uhuru Kenyatta and his deputy William Ruto.

Duale said the apparent differences between Kenyatta and Ruto were part of a secret script to dupe Odinga into believing that the President would support him in 2022.

The Majority Leader said the ODM Leader had failed to learn from history, in apparent reference to the MoU Odinga had made with Mwai Kibaki and a previous cooperation deal with former President Daniel arap Moi.

Duale was responding to reports of a possible merger between Jubilee and ODM as part of President Kenyatta’s plan to work with Odinga in the 2022 general election.

“Mark my words, Jubilee will be one, Uhuru Kenyatta will back William Ruto. All these stories, my friend, for you to go to a merger, you must call a National Delegates Conference (NDC) after National Executive Council (NEC) and National Governing Council (NGC) which is yet to happen.

The National Assembly Majority Leader’s sentiments were immediately dismissed by his minority counterpart John Mbadi, who is also the ODM Chairman.

“There is nothing secret about politics. Politics is about what agenda will sell. In fact those who have secret cards don’t say them,” Mbadi stated.

“The moment you say you have a secret card, it ceases to be secret,” the ODM chairman said.