Speaking exclusively to Kenyans.co.ke, the legislator admitted that Gaddafi played a huge role in kickstarting his political career and life in general by bankrolling his activities.

He disclosed that the former Libyan president noticed him, a budding political personality, and sent his people to meet him in Kenya.

After some time, Gaddafi, who paid for his education as well as bankrolled his political activities while at the University of Nairobi, reportedly wanted to see Owino and so he was flown to Libya to meet the leader who he referred to as his best friend.

“Gaddafi sent his people to me and I went to see him in Libya. He was my Godfather. He used to sponsor my Sonu (Student organization of Nairobi University) elections,” the lawmaker confided to Kenyans.

Gaddafi was killed in 2011 in a beastly manner in the Libyan city of Sirte in which witnesses claim were by gunshots. According to videos that circulated across the world at the time, a bloodied Gaddafi was seen in an unconscious state with blood smeared across his face.

“They captured him alive and while he was being taken away, they beat him and then they killed him. “He might have been resisting,” a source told Reuters at the time.

For Owino, the whole scene was traumatic because he considered the man as his godfather and that when news of his death was broken, the legislator admitted that he felt like dying as well.

“I’m saddened to date by his death. I felt like dying. I’m still mourning him and I will meet again with him,” he told this writer. 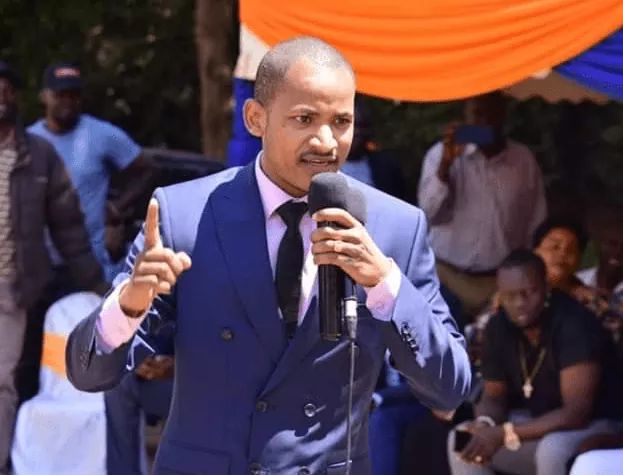 In a previous interview, the outspoken lawmaker admitted that after Gaddafi’s execution, he was left a political orphan fearful or exposing his international friends as they would be targeted as well.

“Long ago, Libya’s late president, Muammar Gadaffi used to be my best friend, and he used to finance me.

“When he passed on, I was left a financial orphan and decided to look for other international friends,” he stated at the time.

“African soil can feed the whole of Europe, America, Asia but their problem is just…

Gaddafi’s last words as he begged for mercy: ‘What did I do to…