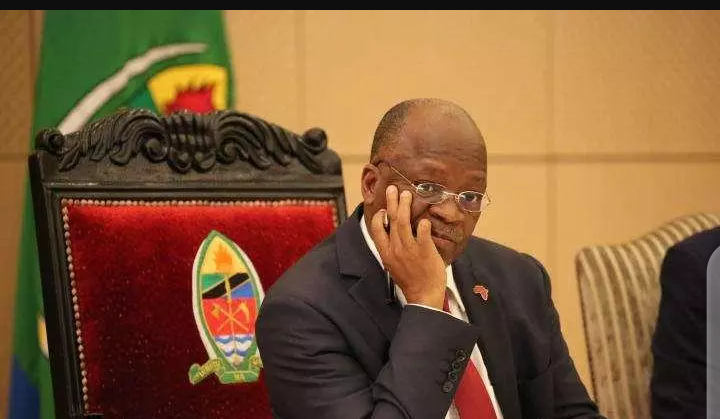 Things are thick in the land of President John Pombe Magufuli following the latest confirmed cases of coronavirus.

On Wednesday morning, the country announced that its cases had shot to 480 after an additional 196 people tested positive in both the mainland and Zanzibar.

Making the announcement, the country’s Prime Minister Kassim Majliwa noted that at the same time, 48 people had recovered bringing the number of those discharged to 167.

Tanzania has not been revealing its new cases since 24 April where they had recorded more than 30 recoveries.

In terms of distribution of the new cases, 174 of them are from the mainland while 22 of them were tested in Zanzibar.

At the same time, an additional 6 people have lost their lives bring the number of deaths in the country to 16.

The prime Minister also cautioned Tanzanians against spreading fake news about deaths noting that not all people who lose their lives are succumbing to the deadly virus.

Tanzania has been registering a high increase in the number of infections in the last few weeks and this has been attributed to the failure to take strict measures to safeguard its citizens.

Tanzanian reporter Millard Ayo was the first to break the news on his official Twitter handle where he had quoted Tanzanian Prime Minister, Kassim Majaliwa.

According to Millard Ayo, the new cases are from tests done from 23rd April to 28th April.

He noted that 174 of the new cases are from Tanzania’s main land wile 22 are from Zanzibar Island.

(Starting from 23rd April to 28 April 2020, we have recorded 196 new cases of COVID-19. 174 are from Tanzania and 22 are from Zanzibar that Minister for Health from Zanzibar has already confirmed. This brings total COVID-19 cases to 480, an increase from 284 that had earlier been announced on April 22.)

DP Ruto explains why he Love Speaking in Tongues