CountiesCrazy NewsTrending News
By Correspondent On May 2, 2020 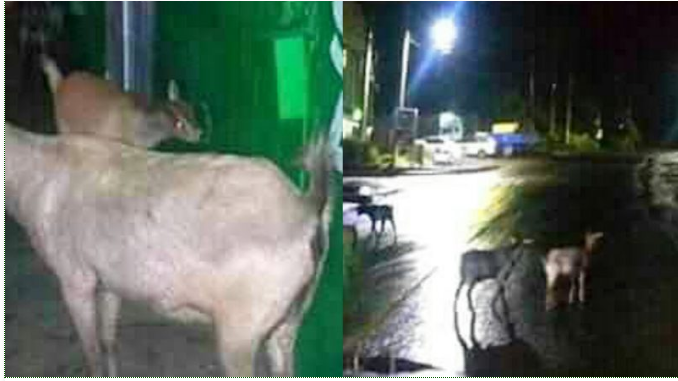 KITUI:Police enforcing curfew orders in Kitui town have complained over the number of goats invading the streets during the night curfew hours.

The security officers claim there has been a worrying increase in the number of goats that move around in the streets but disappears as early as 4.AM

The administration Police officer who spoke to The Daily Statesman and sought anonymity,there were no goats in the town before the president gave the curfew order but they come out at 8 p.m and disappear before dawn.

“Earlier before you couldn’t see any goat at night but it’s shocking that during such a time thew government is imposing a curfew order,you encounter them most in groups of five or six in across all the streets in the town,” she said.

She added that despite warning to residents through Nyumba Kumi officials asking them to lock up their domestic animals at night,their numbers have increased.

“We have asked the residents living in the outskirts of the town through Nyumba Kumi and local administration officers to ensure their animals don’t go out in the night but we’ve not succeeded.”The Officer added.

According to the security officers,the streets being invaded by a high number of goats are Kilungya,Mbusyani road,Kunda Kindu,Bondeni,Majengo,and Mosquito Estate.

Questions and concerns has also been raised among security officers as to why and where to the goats go during the day time only to be seen in the night.

According to Joseph Makau,a resident of Mosquito Estate,they have only heard from the Nyumba KUMI officials but have not seen the goats as alleged by police officers.

“It is true we’ve been told that the police are encountering a hight number of goats at night,however,we’ve never seen ourselves only reports by the local administrations.

Mr. Makau further added that the police should place any goat they see in their custody for the owners to be known.

“Instead of them complaining,why don’t they take those goats to the police station and wait for the owner to look for them?” he asked.

In early April,the Government intensified its operations in the area to enforce the curfew order after Kitui County reported its first confirmed case of Coronavirus pandemic.

The patient was a priest who had traveled to Italy but failed to self quarantine upon arriving in the country.

It was reported that he had at least 50 contacts among them Boda boda operators and staff at Maguna’s supermarket.

The reports of the first COVID-19 case in Kitui caused panic among residents while the government moved in speed to encounter further spread of thr deadly disease.