NationalPoliticsTrending News
By Correspondent On May 6, 2020 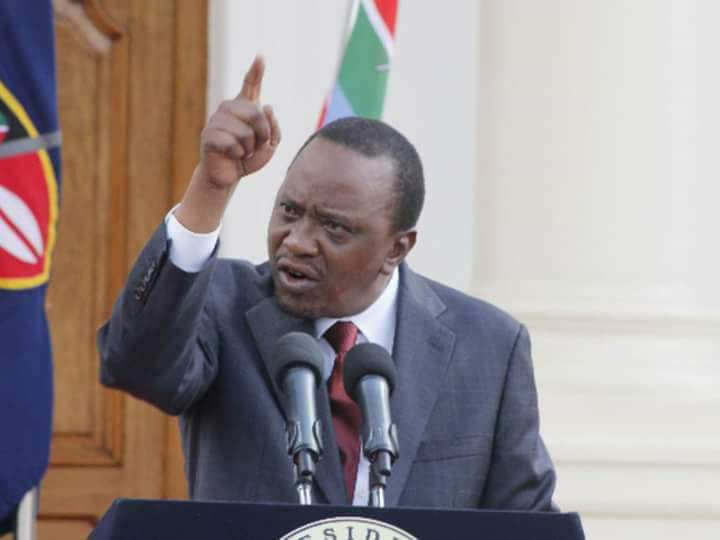 Exclusive Details have emerged of alleged looming changes in the executive, with President Uhuru Kenyatta reportedly planning a cabinet reshuffle.

At least four Cabinet Secretaries are reportedly on their way out, with two of them allied to Deputy President William Ruto and two on President Kenyatta’s side.

A powerful Cabinet Secretary is also to be moved to a lesser ministry, according to unnamed sources within the Cabinet cited by Daily Nation on Monday, May 4.

State House Spokesperson Kanze Dena was yet to respond to queries on the alleged imminent changes by the time of publication, with details also surfacing of meetings involving powerful political players to deliberate the proposed changes.

Others said to have attended the meetings are former Cabinet Minister Paul Otuoma and Siaya Senator James Orengo.

The plans were alluded to by Tiaty MP William Kamket who argued that the changes were inevitable and would come “in any form, at any time”, claiming that Ruto had failed in his role of supporting the President.

“The answer is clear, these two leaders are not meant to be just choir members in this government when some people viciously attack it.


“The President has been quiet when they make noise, attack him and now it is time to act. He has waited for them to make true their threats and to walk out but they are hesitant. It is now time to kick them out, and it will happen very soon,” he stated.

Kamket further disclosed that leaders in Parliament allied to Ruto such as Senate Majority leader Kipchumba Murkomen would be kicked out.

His sentiments were echoed by Cherangany MP Joshua Kuttuny, an ally of Uhuru, who noted that the Jubilee Party leadership in Parliament needed to support the President.

“This one is very serious and if Covid-19 wasn’t there, it would have been full blown.

“We must sanitise the leadership of committees and Parliament because it has failed the President in many ways as most are allied to the DP,” he asserted