DP Ruto allies in Trouble as Tribunal confirms section of its orders given to Lusaka on Murkomen, Kihika was forged 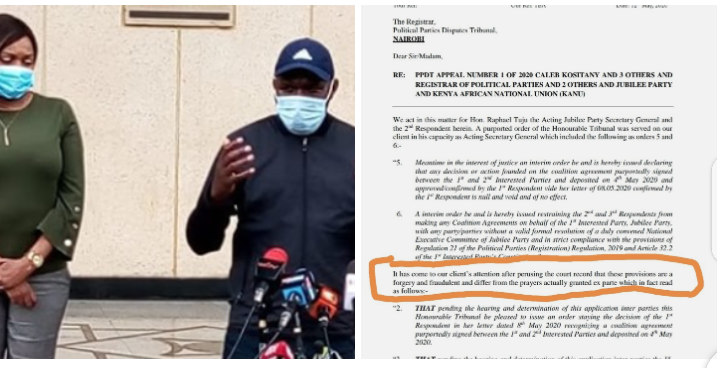 Political Parties Tribunal confirms section of its orders given to Lusaka on Murkomen, Kihika was forged.

The Political Parties Tribunal has confirmed section of its orders given to Senate Speaker Ken Lusaka stopping the Jubilee Party from executing its coalition agreement with KANU was forged..

In a letter through Victor Lee advocates and commissioner for oaths, Jubilee Secretary General Raphael Tuju said the orders declaring the coalition with the independence party as null and void and presented to Lusaka were not genuine.


“It has come to our client’s attention after perusing the court record that these provisions are a forgery and fraudulent and differ from the prayers actually granted ex parte,” 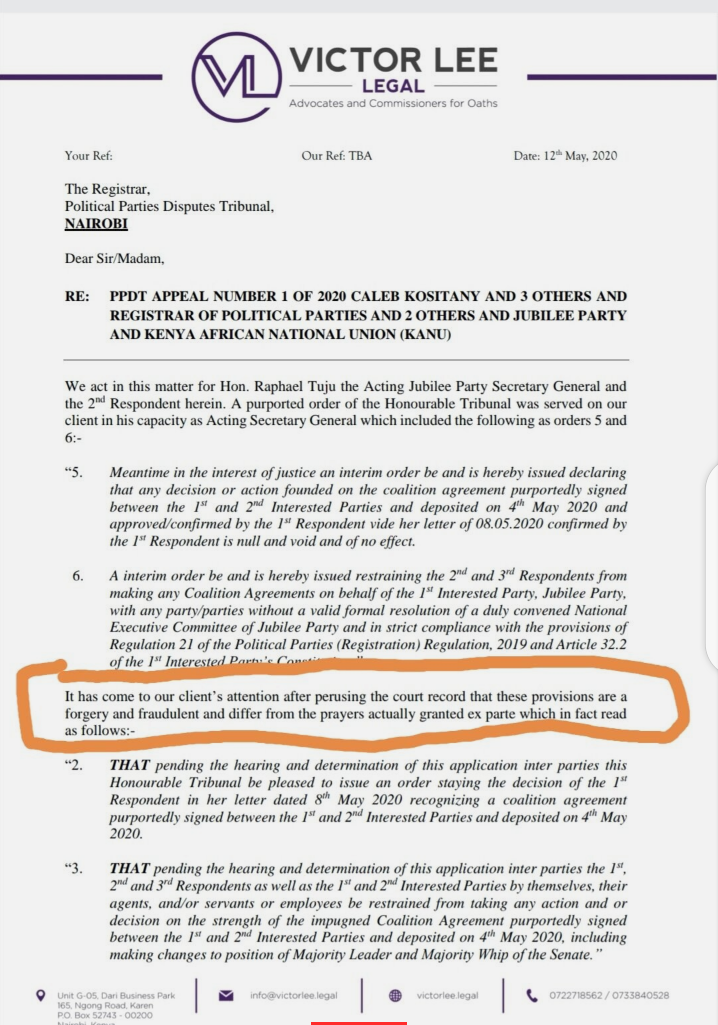 The letter said the tribunal had in fact recognised the coalition agreement signed between the two interested parties (Jubilee and KANU) pending the hearing and determination of a case filed by Deputy President William Ruto’s allies.

It further said the order on the injunction restraining Tuju and the acting chairman from making any coalition agreements on behalf of the Jubilee party before a valid formal resolution of the National Executive Committee (NEC) was made was forged and read as follows:

“That pending the hearing and determination of this application inter parties, the first, second and third respondents as well ad the first and second interested parties by themselves/agents and or servants or employees be restrained from taking any action and or decision on the strength of the impugned coalition agreement purported signed between the first and second interested parties and deposited on Monday, May 4, including making changes to the position of majority leader and whip of the Senate,” it read.