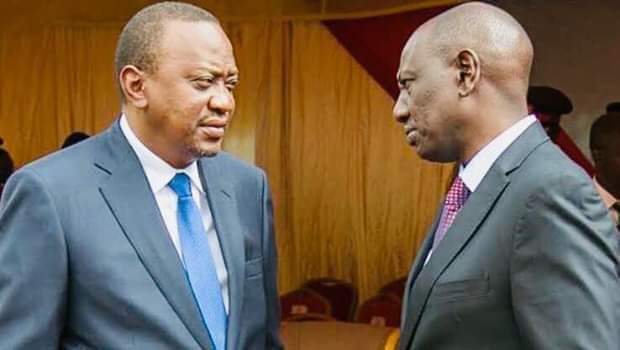 Jubilee MP’s allied to DP William Ruto have vowed not to forget blows directed to some of their colleagues in the Senate without a fight.

They have vowed to frustrate the government’s agenda both in the Senate and National Assembly by leveraging on their numbers.

The DP’s lieutenant also said they will launch anti-Uhuru campaigns in their constituencies to express their dissatisfaction.

They will further push for reopening of churches with the intention of using pulpits to express themselves.

The daily, however, reports that the threat by Ruto’s allies to frustrated the government may not materialise after KANU entered into a post-election pact with Jubilee.

Out of 171 Jubilee MPs, Ruto controls about half the number. The other half is likely to benefit from additional numbers from KANU and ODM party thus overriding the ambition of Ruto allied lawmakers.

Elgeyo Marakwet Senator Kipchumba Murkomen has claimed President Uhuru Kenyatta is pushing DP William Ruto into irrelevance by not involving him in running the country.

According to the former Senate Majority Leader, among duties, the DP has been starved off include chairing of cabinet subcommittees, supervising projects and day to day running of the government.

Kieni MP Kanini Kega, however, accused he DP and his allies of sabotaging the President’s development agenda by launching premature 2022 campaigns.

On Wednesday, May 13, a day after senators Kipchumba Murkomen and Susan Kihika were stripped off-key positions in the senate, the Jubilee Party indicated that it will throw out five nominated senators who failed to attend the Monday, May 11, meeting at State House.

According to Taifa Leo, it is apparent that Uhuru will not support Ruto come 2022 as earlier promised when they took office for the first term in 2013.

Pundits say the DP is suffering consequences of launching early 2022 campaigns and his allies not being in sync with the President’s agenda.

After kicking out Kipchumba Murkomen and Susan Kihika from key positions in the Senate and kickstarting the process of removal of five nominated senators who skipped the Monday State House meeting, it has emerged President Uhuru has trained his guns on MPs allied to Ruto from Mount Kenya region.

According to The Star, the Jubilee Party plans to initiate removal of the MPs by seeking the support of at least 30% of voters in their respective constituencies.

Among those who are likely to be casualties of this move are Gatundu South MP Moses Kuria, Kiharu’s Ndindi Nyoro, Alice Wahome (Kandara), Kimani Ngunjiri (Bahati), Rigathi Gachagwa (Mathira) and Kimani Ichung’wa of Kikuyu constituency.