NationalTrending News
By Correspondent On May 16, 2020 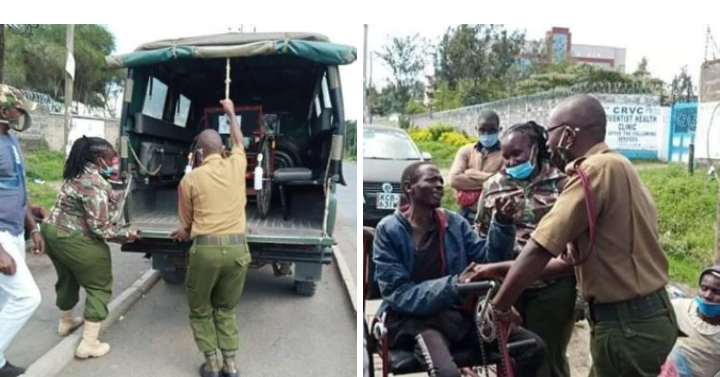 Joseph Kimani, a cripple, has for ten years made the streets of Nakuru his home, spending the night in incomplete construction buildings.

A news feature by Citizen TV aired on Friday, May 15, 2020, reported that with no immediate family and disabled, he is dependant on well-wishers for his survival.

In February 2020, two Administration Police officers, Frederick Mahiga and Susan Barbra, who use the route to and from work on a daily basis, were drawn to his plight when they saw him not take cover during heavy rains.


They went to check on him and found that he was disabled.

They provided him with food, and clothes, only to realise that his needs were more than just what they had offered him. 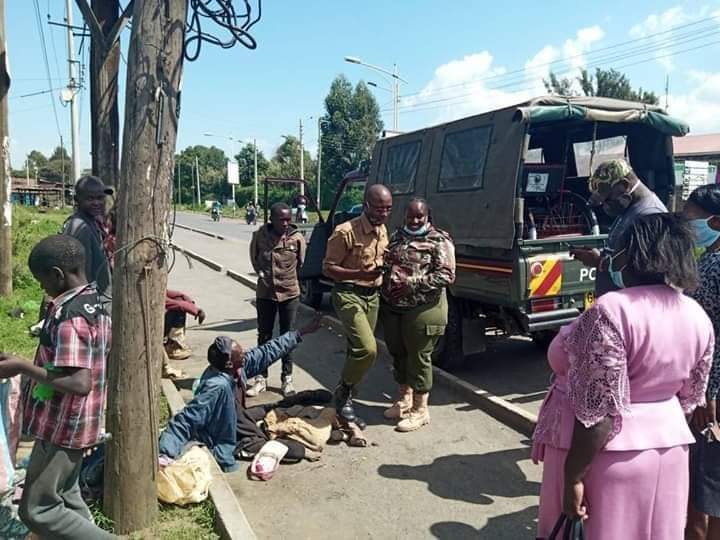 “He gave me his history, what happened to his legs and why he can’t move. When his friends go to fend for themselves, he is rained on. He told me he needed a wheelchair.

“I went to the hospital, and doctors told me the wheelchair would cost Ksh 32,000,” Mahiga stated.

Mahiga and Barbra sought for well-wishers to support their initiative, however, to no avail. This prompted them to purchase the wheelchair from their salaries. 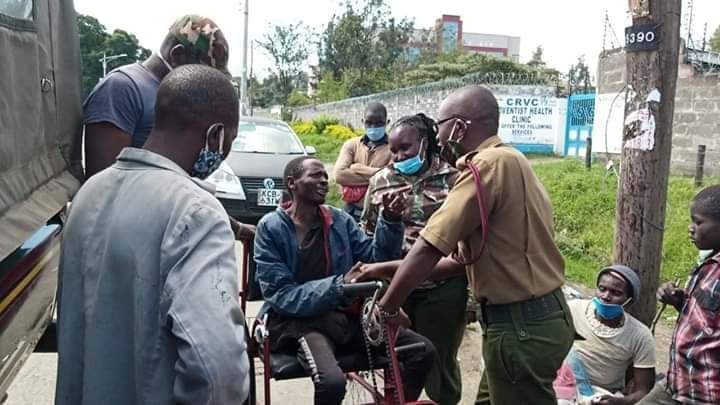 “My friends, like Ndung’u, help me. He carries me to wherever I need. I have no home, and I thank God for friends like him,” Kimani stated. 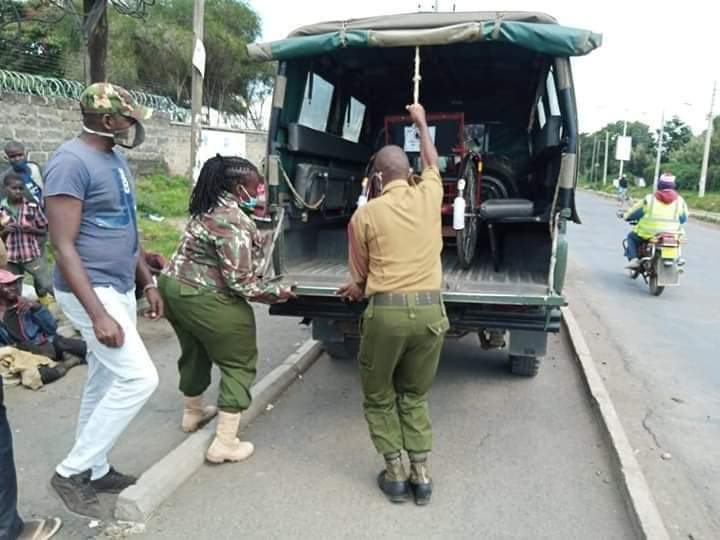 “They needed some documents which he doesn’t have. he has no ID, has no guardian, his parents passed on. So it was a long process for us getting the wheelchair.


“We are employed to serve Kenyans as a whole,” Barbra said.

Being homeless, Kimani sleeps at an incomplete construction building and his friends carry his wheelchair and take it to a nearby church for safety. 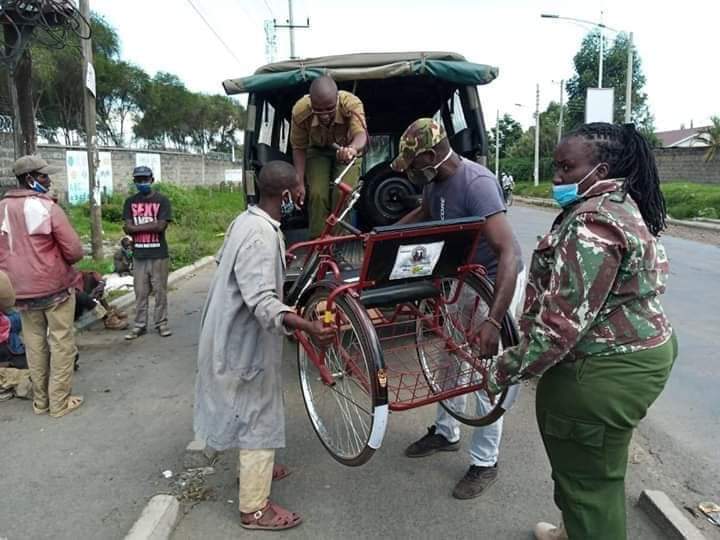 Mahiga and Barbra have been lauded for their efforts to save Kimani. He stated that he would like to have a home, and stop spending the night outside, where he is rained on when there is rainfall.

“Our work is to safeguard Kenyans and their property. For a long time people view police as enemies,” Patrick Ngei, CIPU County Commander, Nakuru stated.