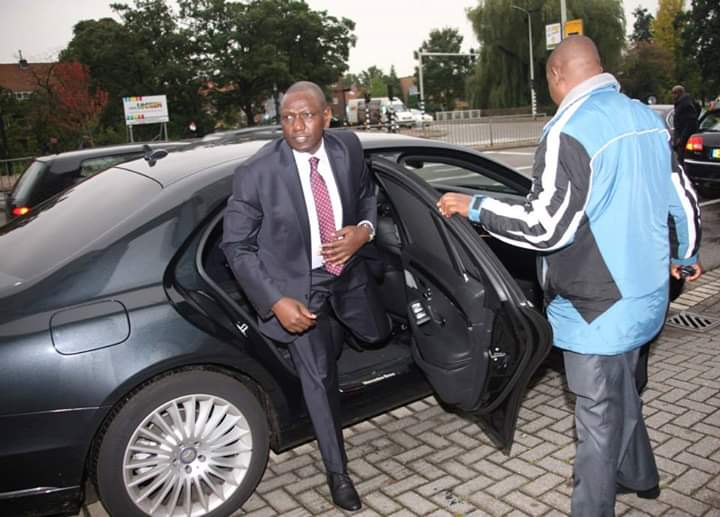 Deputy President William Ruto reportedly convened a crisis meeting over the weekend to address the onslaught against his foremost allies.

According to a report by The Standard, the DP reportedly convened with his allies urging them to stay put and let their rivals have a field day noting that it was important to sit back and strategise.

“In war, you don’t show your enemies all the arsenal; you will lose. You must retreat and study how far they can go and strategise on how to counter,” a source in attendance quoted the DP.

“This is just the beginning. It’s too early for them to celebrate,” stated the DP during the highly guarded meeting according to the publication.

Emmanuel Talam, the Director of Information at the Office of the Deputy President, in an interview with Kenyans.co.ke, however, denied that the meeting took place.

“There was no meeting, You should ask The Standard where they got their report from,” he stated.

In the meeting, a source intimated to the publication that the DP disclosed that he was directing his energies towards dispensing his constitutional duties and would not be tricked into beefing with Preisdent Uhuru Kenyatta.

“I know they are after me. I will stay put and keep my silence. This purge against my allies is targeted at forcing me to quit.

Further, despite remaining silent and not making public comments addressing the rifts in the party, he is said to have warned his allies not to play into the hands of his rivals.

“For now, I will not engage or respond. I will continue serving needy Kenyans during this Covid-19 pandemic. This is more pressing and urgent,” a lawmaker who attended the meeting claimed the DP had stated.

“Already, people are asking where is the DP? I am here, discharging my constitutional duty and I will not stop now,” he added.

In the meeting, the attendees also contemplated asking Ruto allies targeted for ouster in the National Assembly and the Senate to quit and disarm the President Uhuru Kenyatta-led machine.

“We have a secret weapon to be unveiled at a later date. Just like they are persecuting the DP’s friends, we are aware of their strategy to frustrate him to quit but he will stay put to the end,” another attendee of the meeting is quoted by the publication.

This comes barely a week after Senate Majority leader Kipchumba Murkomen was ousted and replaced with Samuel Poghisio in a meeting convened by Party leader President Uhuru Kenyatta.

Other leaders who are targeted in the next ousters are reported to be Senate Deputy Speaker Kithure Kindiki, Naitonal Assembly Majority Leader Aden Duale and the house’s Majority Whip Benjamin Washiali.

Senators who snubbed the Parliamentary Group meeting have also been expelled by the Jubilee Party on the grounds of gross insubordination and gross misconduct.