Corridors of PowerTrending News
By Correspondent On May 19, 2020 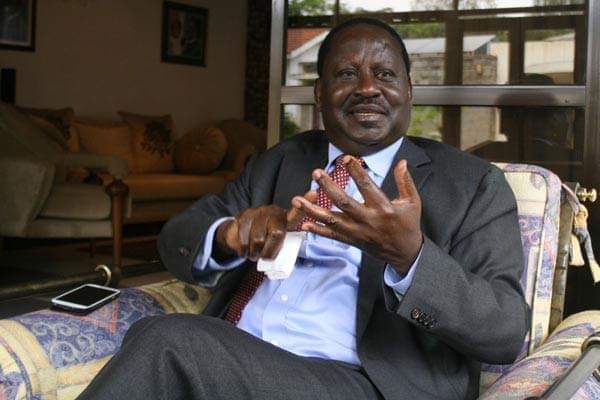 DID A NOMINATED senator facing ouster for snubbing President Uhuru Kenyatta’s meeting at State House reach out to ODM leader Raila Odinga to save her job?

According to The Star, the senator is said to have been restless after the party wrote her a show-cause letter.

A mole disclosed that Raila promised he would talk to the President to pardon her.

She pleaded that she was upcountry when she received the message inviting her to the meeting where a vote was taken to change the party’s Senate leadership.

IF YOU THOUGHT that only DP William Ruto and his allies can throw in Bible verses to console themselves or strike political punches, then you are wrong.

The Council of Governors chairman was at his best element with his reference to Philippians 2:3-4, saying: “Let nothing be done through selfish ambition or conceit… Let each of you look out not only for his own interests but also for the interest of others.” Will the Bible unite the Ruto-Oparanya duo. Only time will tell.

IT SEEMS LIKE all is not rosy for a once highly-touted politician in Nyanza.

The man, who was always accompanied by sassy beauties and self-appointed strategists, is growing lonelier by the day.

The fellow with interests in the hospitality sector is broke, his properties almost auctioned, and now clinging on an appeal case to save one of his prime properties from the fall of the auctioneers’ hammer. Some of his workers have gone for months without pay and are threatening to speak out on their woes.

A LAWMAKER FROM Western is on the run from a county commissioner who has vowed to nab him for not only violating state orders on control of Covid-19 but also inciting residents to ignore the same.

The MCA got into trouble after he was taped asking his backers at a rally to defy Covid-19 regulations spelt out by Health CS Mutahi Kagwe.

The man is said to have asked traders at a major market in the region to ignore calls by regional administrators to observe one-metre distancing.

The market has since been closed on orders of the county security team.